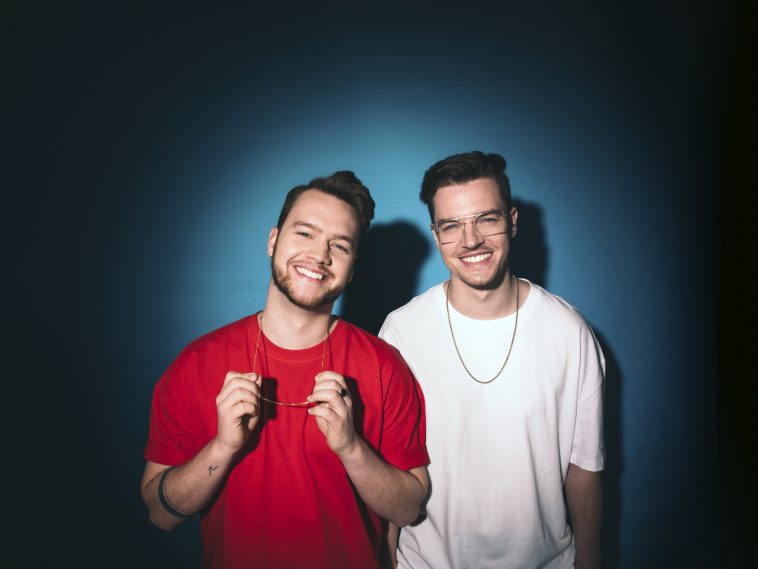 YouNotUs – the Berlin duo stood out with its name even before they had their first hit. But that wasn’t long in coming either: just a few months after they founded their project, Tobias and Gregor – who met while studying in Berlin – achieved their first platinum success in 2015 with “Supergirl” together with Alle Farben. It was the kick-off for a remarkable career that has made YouNotUs one of the most relevant German dance acts in recent years.

Since then, YouNotUs topped the most influencial playlists, and recived international recognition for their unique style and dancefloor-ready singles. We had a chance to chat with Tobias and Gregor about their latest releases, crafting their production, and plans for the future.

Hey Guys! Thanks for speaking with us today – for those who aren’t familiar with your sound, can you please tell us a bit about yourselves and the music you make?

Yes of course! We are Tobi and Greg from YouNotUs and we produce Dance and House Music and are kids of the 90s which has a big influence in our music. We love to build songs around strong melodies and sometimes we create new songs out of a hook that you might already know :))

Your recent single ‘Darkroom’ with Ilkay Sencan has been making moves with over ¼ million streams already – how was it collaborating with Ilkay and what was the inspiration for the release? How did you guys come together on the production?

It was great working with Ilkay. He is an extremely talented producer and we wanted to work together for a long time now. Since he has his studio in Istanbul we collaborated mainly over the internet by sending ideas back and forth until the song was finished. So actually we met each other for the first time after Darkroom was already produced :D we flew to Istanbul and he showed us his city and gave us a great turkish experience.

The track is an exhilarating combination of sensual house and deep base with an amazing topline that totally captivates! How do you approach crafting your productions in the studio?

We always start with whatever inspires us. This can be a melody, a bass sound, a vocal chop or even just a percussion sound. Another important point is „Emotions before technique“. In the end you have to catch the people, so they need to feel the music. It’s as simple as that. Sometimes this even means to take a really bad recording when it has the best vibe.

Your latest release is a big radio-friendly release called ‘Samba’. Using the famous melody from Bellini’s ‘Samba De Janeiro’. What inspired you to put your own touch on this track and how has the reaction in your sets been so far?

Tobi put this song on our shared „Ideas“ note years ago and always wanted to do something with it. Last year we finally got the permission to work on it. It took us a while to finish this one though. 47 Versions to be precise :D. But we always love the challenge to build a song around such a big hook and now that it’s finally out, we couldn’t be more happy with the result! The reactions also have been amazing. We play Samba with our live band and the crowd gives us so much energy when we play it!

Please tell us a little about your studio set-up, what are your go-to’s and cannot-live-without’s?

For our vocal productions we mostly use Neumann’s U87 with an 1176 compressor, a Maag EQ and the Chandler preamp. When it comes to synthesizer our go to VST is Serum. You can create anything you want and it sounds amazing!

We want to take it back! You guys have had many platinum releases and #1 smashes including ‘Supergirl’ with Alle Farben and ‘Lessons’ with Moguai, how do you guys choose who to collaborate with and what does the power of collaboration mean to you?

We love to collaborate! Often it’s Insta DMs where we connect with other producers and singers :D But also being on tour and meeting new collegues in backstages of festivals of course helps. You learn a lot from working with other people and also get a lot of inspiration when writing songs not just by yourself. Also, we both are not the best singers but love vocals. So there’s no way around it haha :D

As YouNotUs you also are involved in the creative process of songwriting on releases, too. Please tell us about some of the stand-out and favourite tracks you have been a part of the writing process on…

It’s really hard to name a favourite but one thing is for sure: You always strive for this one moment during songwriting sessions, the moment when you can feel something special is happening. It’s really an adrenaline rush. It happens very little but when it does, it’s the best feeling. After the session you listen to the session bounce on repeat in bed until you fall asleep.

You guys first formed after meeting in Berlin many years ago, how does the sound of Germany and Berlin specifically influence your sound?

Berlin of course is a hotspot for electronic music so you meet a lot of likeminded people which helped us a lot to build a network and connect with producers and DJs. So this is why Berlin clubmusic is our musical heritage and til today we let this influence our style. Also it’s the music industry capital of Germany where all the big labels and publishers have their offices. It’s always helpful to be where stuff is happening.

Will we see you guys on tour soon and what are your live plans for Summer and beyond?

Yes, we are playing as many shows as possible! The energy right now is crazy and you can really feel that there were no big events for over 2 years. The crowd is amazing, there are moshpits every few minutes and everyone is partying. So check our calendar on our homepage so we can party together!

Finally, can you let your fans know what you’re currently working on and what is next release-wise for you?

After being two years in the studio, there’s lots of music already finished and we can’t wait to share these songs with you! So stay tuned :)

Thanks for speaking to us, YouNotUs!