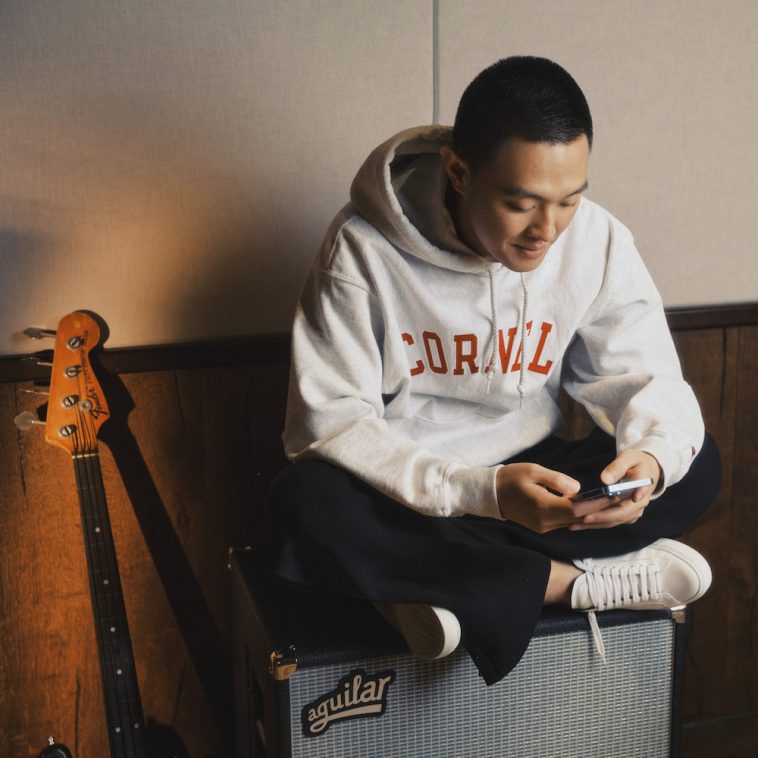 Chinese electronic producer and DJ ZHANGYE is a name to watch. Having released his debut EP ‘When I Was Young’ at the beginning of 2022 and caught the attention of many supporters, including Dimitri Vegas and Quintino. ZHANGYE is now back with his follow-up ‘Wherever The Wind Blows’ with renowned singer/songwriter ZARRA.

A well-known Venture Capitalist and the Founder of Cyanhill Capital, ZHANGYE other focus in life is music. His unique approach to combining Chinese music elements with electronic music in a modern and simplistic way creates a buzz amongst fans and artists. His background in classical music distinguishes and paves the way for his modern-style compositions. We caught up with him to discuss his new single and much more.

Hi ZHANGYE, thank you for chatting with us. Who are you and what kind of music do you make?

My background is in classical music composing which prepared me to almost stubbornly persist in the pursuit of the melody and the arrangement of a song. I find myself often writing music that has a “logcial” character, rather than focusing only on the emotional aspect of work, or simply if it “sounds nice.” Perhaps this comes from the traditional and systematic training in classical music composing that I had back in Russia. It also has to do with the characteristics required in the investment job, which is being rational and rigorous.

From the perspective of arranging the set, other than considering the audience’s perception, I also try to incorporate the worldviews that I want to express from philosophical and aesthetic point of view. Sometimes there are stories in the set, sometimes there are my way of expressing my views. I think this is the most meaningful part of being a DJ or creating music. I have been in investments for many years and my core idea is to make people’s lives better through capital and investment. The same goes for music, I want to present my feelings towards life, expectations towards the future as my melody, my set, figure out a way to present that powerfulness to my audience, and even change their way of viewing the current situation, encouraging them to love their lives with passion.

Your latest single ‘Wherever The Wind Blows’ featuring vocalist KARRA seems to be doing great. How would you describe the track to anyone who hasn’t listened to it yet?

Within my music I want to tell people a story. It’s like taking people on a journey through my life and the lessons I have learnt or experienced. I would dare to say it’s an uplifting, energetic yet thoughtful song which I hope inspires people to dance, live life to the fullest and enjoy their path to where they belong!

What message do you hope people will take away from this single?

The name of song is called “Wherever the Bind Blows”. The word ‘wind’ in Chinese (“Feng”) carries different meanings depending on the context.

“Feng/FengKou”, is a slang word often used in the venture capital world, meaning “wind tunnel” in English. It refers to the opportunities emerged in the short-term period, brought out by policy guidance, changes in the industrial structure, or rapid capital accumulation. Some people are good at grasping the wind tunnel, some people are able to create a wind tunnel. There are also those who do not care about the wind tunnel and only focus on their own business. This song was inspired by the “uncertainty presented in investment”, it is also related to the majority’s common desire to chase the wind tunnel. What I want to share is that, no matter where the wind tunnel is at, we should all focus on the things we love to do, believe in the matter itself, and not influenced by the environment. This is the inspiration for the lyrics of the song.

If you’re ever struggling to come up with new music ideas or facing writer’s block, where do you look for inspiration?

I am used to practicing in-depth thinking when alone. Whether in investment or music, the framework of my thinking allows me habitually to explore the underlying logic and meaning of things. Inspiration stems from tireless in-depth thinking.

What has your experience in the music industry taught you so far?

Not to be too presumptuous and overly trendy on the timbre. There are boundaries in EDM as well. The focus shall be on the music itself.

My personal life is actually quite simple. Other than work, music, hanging out with friends are pretty much it. I don’t have the luxury of having too much relaxed time. Perhaps movies and books fill up the rest.

When can we next expect to hear new music from you?

Recently I am working with a very talented male singer on a new song. It’s close to the finish line. I very much look forward to presenting the new song to all.

Who are some artists that you’ve been listening to lately?

Not anyone in particular. I stream most of the time and usually listen to whatever I come across.

The plan is to write a few more songs and also hopefully have the opportunity to work with more talented music professionals.