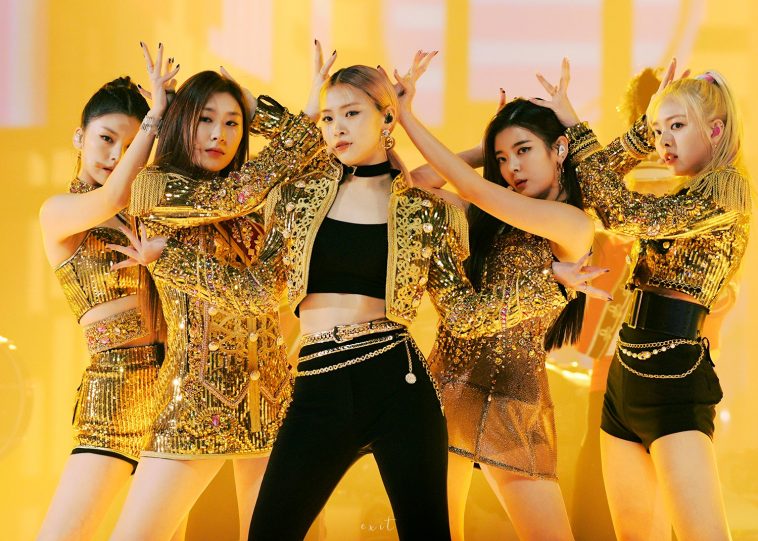 KPOP has been slowly growing over the last decade but in recent years has truly made its explosion into the west. From BTS cementing their place as top selling artists globally to Blackpink performing at Coachella, Korean pop music is fast becoming one of the most popular entertainment markets worldwide. One of the latest groups to hit the industry are ITZY, a fun, fab five-piece who are on the tracks to becoming one of the biggest girl groups in KPOP.

ITZY come from JYP Entertainment, the home to one of the biggest names in the industry, Twice. In contrast to their sister group, the girls are the current princesses of the teen crush concept. Singing about being secure in who you are and loving your current self, ITZY are important to the teens of Korea and globally. Debuting under the same agency as one of South Korea’s biggest female exports, there was a sense of pressure for them to live up to JYP’s history of strong girl groups. Only one year into their career, ITZY are carving their own place in JYP history and becoming one of the most exciting groups of the fourth generation of KPOP.

ITZY consists of five members: Yeji, Ryujin, Lia, Chaeryeong and Yuna. Debuting in February 2019 with Dalla-Dalla, the high energy and in-your-face single, they made their mark in the industry by stepping firmly into a solid, powerful, and confident self-love concept. Dalla-Dalla became one of the most loved songs in South Korea of 2019 and solidified ITZY as the top rookie girl group of 2019 (and it was also in our top 10 KPOP songs of the year, FYI.) ICY followed up with a similar message of not caring what others think because you know you are IT. As well as becoming South Korea’s beloved rookie girl group, the girls made their mark internationally, being one of the most anticipated acts at the American leg of KCON. Despite only have a 15-minute-long set, the quintet had the crowd hooked from the very get-go.

Entering 2020 with their latest comeback It’z Me, a mini album continuing their mission to empower teens (and even those older who still need reminding) to embrace themselves. Wannabe, the title track sings of not wanting to be anyone but themselves and is definitely their most well rounded single thus far. Commercially, the EP shifted 60,000 copies in its first week of release, double the amount that It’z ICY sold the previous summer. It’z Me has since gone on to sell 126,000 copies in its first month of release.

Only one year into their career and ITZY are on a fast track to becoming one of the top girl groups in South Korea and are on their way to advancing globally with their popularity increases with each new release.

What’s your favourite ITZY song? Let us know by tweeting the CelebMix account!