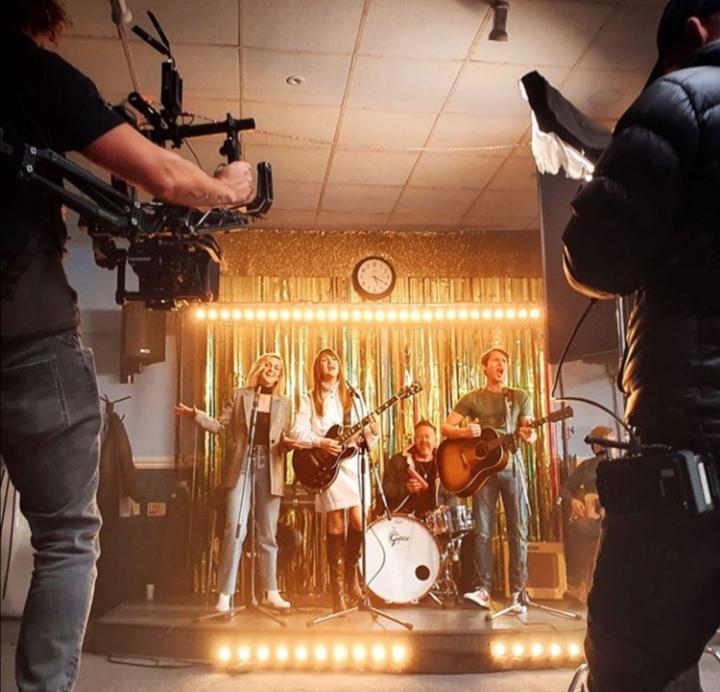 The song originally features on Blunt’s new LP ‘Once Upon A Mind’ as a solo offering but after release, the UK singer/songwriter felt something was missing so enlisted the divine vocal harmonies of the sister duo consisting of Catherine and Lizzy.

The result of their their three voices blending together is nothing short of outstanding and the added addition of the sibling harmonies elevates the track to incredible new heights.

Speaking about working with Ward Thomas on ‘Halfway’, James Blunt says: “After we recorded the track, it was obvious that this song was really meant to be a duet all along. Because the track has a real Americana vibe, I knew immediately that I needed the best Country singers I could find. I had to look no further than Ward Thomas, who really deliver a powerful performance on this duet.”

And now they have teamed up once again, this time for the official music video for ‘Halfway’.

The clip which was filmed back at the beginning of February has a retro, old school vibe and sees Ward Thomas joining James Blunt on stage at a disco style dance.

Attendies let their inhibitions fly as they allow the music to move them and partake in a group line-dance before a reluctant at first, dancer steals the show with an epic freestyle performance.

What do you think of the official ‘Halfway’ video from James Blunt and Ward Thomas? Let us know your thoughts across social media!