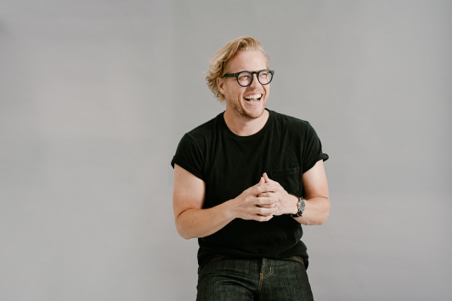 Seattle-based folk-rock singer-songwriter Jesse Butterworth released his new single/music video, After It Rains,” a few days ago. The song is from his forthcoming debut album, All The Gold I’ve Struck.

Jesse explains, “I wrote this song to remind my kids that every time they smell the smell after it rains to remember how much their dad loves them. Since I wrote it for my kids, I let my daughter Harper (age 8), write the story for the video. I hope that every time you catch a whiff of the smell after it rains it reminds you of how much you’re loved!”

Recorded at Abbey Road studio in London, All The Gold I’ve Struck reflects Jesse’s positive perspective of embracing the miracle of life. After three number one hits, multiple award nominations, and vast media praise, Jesse shattered his leg during a show, watched as his band fell apart, along with a record deal, and had to start all over.

Through it all, Jesse declined to view the events as a catastrophe; instead, he chose to see it as a mining expedition at the end of the rainbow, where he found a pot of gold – working with Grammy Award Winner, Andrew Joslyn, Aaron Sternke, and Lewis Jones.

Rife with tender, quixotic flavors, the tune gleams with auras of gentle hues, intertwining into a gorgeously warm song, mirroring the evocative scent of petrichor after it rains.

“After it rains / And we take a walk outside / I always say to you / Smell that pretty scent I like / And every time you do / I hope you’ll think of me / And simply know how much I love you.”

Beautifully wrought and brimming with authentic emotion, with “After It Rains,” Jesse Butterworth touches the heart of sonic splendor.