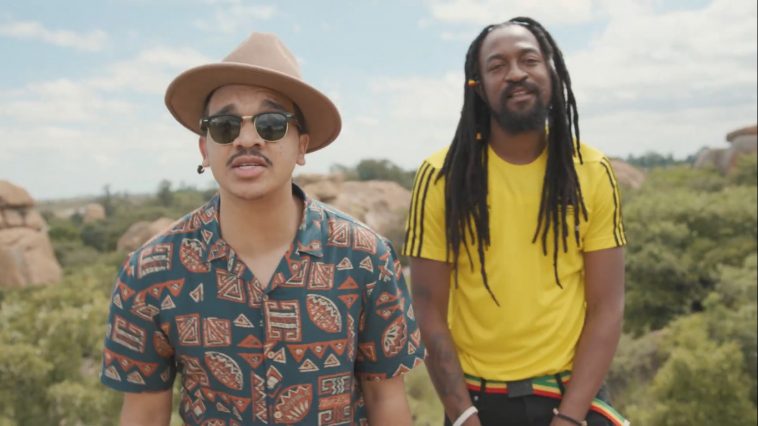 We have a brilliant reggae tune flowing through our speakers right now and it’s by Jindi featuring Smylie, titled “Midnight Love”. It’s one addicting song that will certainly get stuck in one’s head. This new release follows up Jindi’s single “Just A Dream” and Smylie’s single “Down Low”.

Jindi is a Sudanese singer-songwriter who has such a brilliant voice that it’s no wonder that he is becoming a rising talent. He has gone on to be featured on many national television shows such as Abu Dhabi TV, MBC and Gulf News Tabloid, and has charted in the MENA region. His debut single, “By Your Side”, was released in 2018 and he has been focusing on his career ever since. We’re sure this new song will launch him even further.

As for Smylie – who is also known as MC Smylie – he has a leading presence in Zimbabwe, having made an impact in the dancehall charts. His video for “Crazy About You” has received thousands of views, and he’s definitely one to watch as he builds his career.

Talking about the track, Jindi said: “I wrote ‘Midnight Love’ back in 2018 to express the thoughts of desire I had, and the need to send that special someone that last text message before they go to sleep. I was fortunate enough to have Smylie adding his touch to the track and bring them feel-good vibes. We’ve had an amazing time shooting the video in Harare, Zimbabwe’s capital. The music video is filled with good vibes and it was shot in different locations, Smylie had taken us to his neighborhood, Mbare, and we got to perform there and interact with the people.”

According to Spotify, the song has been written by Abdelrahman Elgondi (Jindi), Joseph Maharaj, and Ngoni Machingura (Smylie). As for the music video, it has been directed by Antonia Valentine whilst it was edited by Mehdi Ouhammou, and Joseph Maharaj acted as the producer.

Visually, this is stunning from start to finish as we first watch an opening scene which sees Jindi in Dubai, UAE, calling Smylie in Harare, Zimbabwe, where they have a conversation and Smylie suggests that Jindi should come to visit, this leads into an interesting and enlightening trip that really showcases the places they visit and the people they meet. Both artists perform brilliantly for the camera, giving effortless stage-presence that captures the audience throughout.

As for the song, Jindi impresses throughout vocally, whilst Smylie’s verse gives the track the edge it deserves. Unforgettably addicting, this is one track we’re going to listen over and over again, not just through our speakers but in our minds too.

What do you make of Jindi’s new single “Midnight Love” featuring Smylie? Let us know on Twitter @CelebMix.