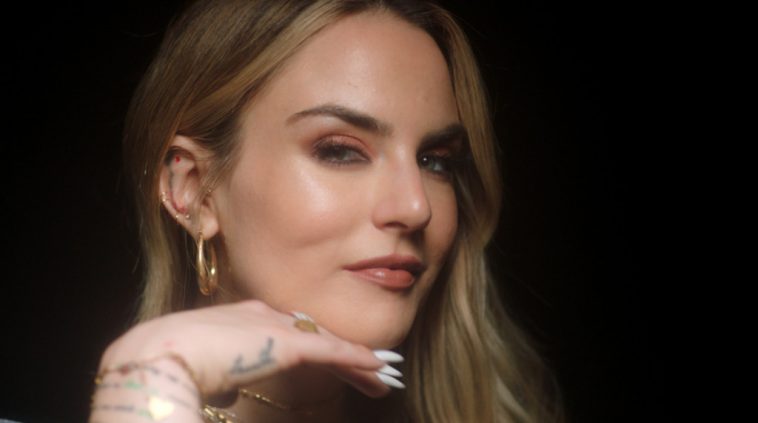 Over the past few years, JoJo hasn’t been quiet about everything she’s been through when it comes to the music industry, but for the first time ever she’s given an open and honest interview with UPROXX about her music career to-date, touching on some shocking things, from a 500 calorie diet she was put on at 18 to not actually owning her voice, from difficulties of getting out of an iron-clad contract to signing with Atlantic Records that pushed her to release a song she didn’t want to release, from being an independent artist and re-recording her first two albums to gearing up to release her first independent album and heading out on tour. She has literally spoken about it all in this 26-minute video.

The now 29-year-old first hit it big in 2004 when she released her debut single, “Leave (Get Out)” at just 13, which charted worldwide. She followed it up with big hits such as “Baby It’s You” which featured Bow Wow, and “Too Little Too Late”. She released two albums during this time, her debut was self-titled and her sophomore was titled The High Road, but then her first struggles to release music truly started.

At the time she was signed to Blackground Records, a label that hasn’t been functioning for many years. She said about signing with them, “The label moves us to New Jersey because the child labour laws are easier to get around. So, in retrospect, I realise what they did.” – this ended up being the contract that stopped her from releasing new music.

After her second album, she continued to submit music to the label but they weren’t releasing her music, on top of that, the label had burned a lot of bridges with distribution companies. Within the video, JoJo shocks us all as she resumes her story by saying:

When I was 18, I remember being sat down in the Blackground office and the president of the label being like, “We just want you to look as healthy as possible.” And I was like, “I’m actually the picture of health, I’m actually… I look like a healthy girl who eats and is active, and I don’t think this is about my health. I think that you want me to be really skinny.” And he’s like, “No, I wouldn’t say that, blah, blah, blah.” But I ended up getting put with a nutritionist that had me on a 500 calorie-a-day diet and I was on these injections that make you have no appetite. And I was like, “Let me see how skinny I can get because maybe then they’ll put out an album. Maybe I’m so disgusting that no one wants to see me in a video and they can’t even look at me.” That’s… That’s really what I thought.

I mean, I’m not angry for being looked at as a product because as artists, we are. I am speaking for, I would say probably every woman in this industry that, you know, your image and your weight is just… is up for conversation. And it’s just uncomfortable, it’s hard enough being a woman. I’m sure a lot of us develop extreme insecurities and disordered eating and really unhealthy thinking about ourselves. I felt that how I was must have been not enough, must have been dissatisfying.

JoJo continues talking about her story, delving in her film career and how Blackground Records were not happy that they weren’t receiving a percentage of her earnings through her film endeavours, to the extent where they sent men to her film and TV agent’s office to intimidate him.

She delves deep into how she fought to release music and to get out of her contract, hence how she managed to drop her awesome mixtapes Can’t Take That Away From Me and Agápe, and later managing to sue the label in New York. Upon doing so, she signed with Atlantic Records and started making music again. Yet, her troubles didn’t end there.

She started making music with a vision on how to make up for all the lost time, but her “champion in the building”, Aaron Bay-Schuck, ended up getting a new job opportunity at Interscope records, which he took. Suddenly, Atlantic Records had a different vision for JoJo and was told, “It’s really this song or nothing is coming out.” And since it had been so long since she had released music, she decided to just go with it even though she “completely disagreed with the message.” She went on to say, “I’m not proud of myself for that, but I just had no fight left in me.”

Soon after the album, she parted ways with Atlantic Records and became an independent artist, she re-recorded her first two albums as the originals had been removed from download and streaming services, which took a tonne of time and effort – and money, which she ended up being reimbursed through her fans downloading and streaming these new covers of her past songs.

Now, she’s heading down her unrestricted visions, finally having total control over her voice, her music, and her releases. She talks about the single “Joanna” using all the hateful comments she’s received and turned them into a sarcastic lyrical track that is so clever and inspirational. Now, she’s gearing up to release her new album, titled Good To Know, which will include the single “Sabotage“. She has also planned to release singles “Gold” and “Small Things” recently, but she has pushed those singles back and plans to drop “Man” very soon.

She’s also set to embark on a world tour to promote her album, the pre-sale went live this week, with the general sale being launched on Friday. Grab your tickets from JoJo’s official website.

Her new album Good To Know is expected to be released in Spring 2020. As you wait, why not listen to her songs on Spotify.

Let us know what you made of JoJo’s candid interview with UPROXX by Tweeting us @CelebMix.