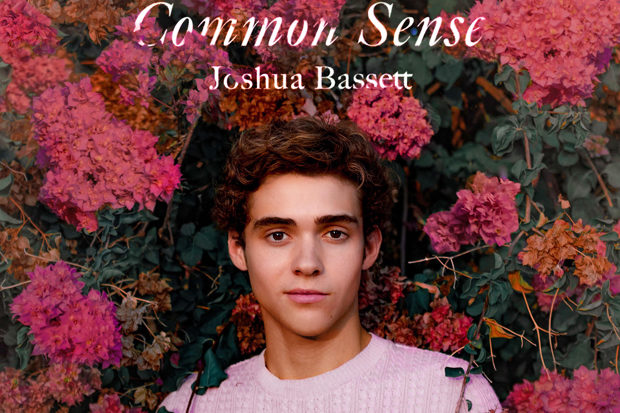 Just when we couldn’t love him any more, Joshua Bassett has released his new song early. The highly anticipated “Common Sense” dropped at midnight on April 3rd.

Bassett is best known for playing Ricky Bowen in the Disney+ Original show, “High School Musical: The Musical: The Series.” He has also starred in other Disney Channel shows and got his start as a theater actor.

Originally, “Common Sense” was supposed to be released on April 17th, but Bassett made an announcement that he was releasing it early as a quarantine distraction.

“Common Sense” is a slow ballad that talks about a complicated relationship. The song explains how common sense tells him to leave the girl behind, but also to kiss her when they say goodbye.

The song highlights his talents and charm. His voice laid over the simple strings makes the tune more personal and more relatable to listeners.

Last month, Bassett signed with Warner Records and “Common Sense” is the first song released under this label.

The single artwork features Bassett standing in a bunch of flowers. According to an Instagram video where he sang a snippet of the song, the flowers may have been in his backyard or set up to look like it.

This is out now! -Future Josh

“High School Musical: The Musical: The Series” was renewed for a second season and is slated for late 2020 debut, where the students will put on a production of “Beauty and the Beast.”

We can’t wait to hear what Joshua Bassett releases next.

What do you think of “Common Sense?” Let us know your thoughts on Joshua Bassett and his new track on Twitter at @CelebMix.