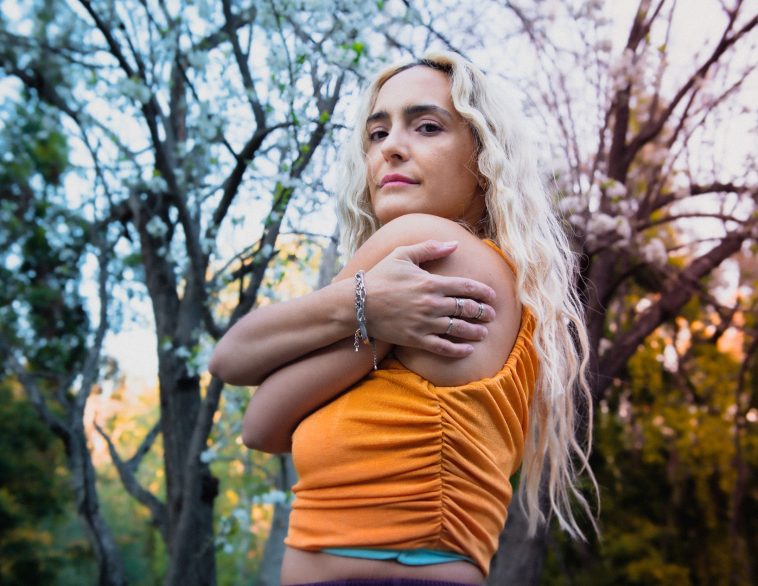 Last week saw Joyeur drop her debut studio album, How to Love Yourself and Not Destroy Everything. The 10-track LP consists of a variety of gender-bending alt-pop tracks that eminate this powerful message that the title of the album portrays. This follows up her single “Underbelly” which serves as the first track of the album.

Joyeur, real name Joelle Corey, is an LA-based singer-songwriter who consistently brings a soulful and passionate element to every song she drops delving into alternative R&B and pop. Her dynamic sound has continued to impress across the board, racking up fans, streams, and followers. She’s also gone on to land sync placements for the likes of Amazon Prime and The CW. You may recognise some of her songs in the TV shows Sacred Lies, Hanna, The Other Two, and In The Dark. This impressive woman is going from strength to strength and we can’t wait to see where her career takes her next, especially after the release of her debut studio album.

Consisting of 10 tracks, How to Love Yourself and Not Destroy Everything really showcases Joyeur’s ability to traverse various depths of alternative pop, not only with the sound and texture of the songs themselves, but also with her incredible voice, adding flavour from track to track. The lead single from the album, “Destroyer”, guarantees to attract the attention of new listeners, with upbeat yet sad melodic rhythms, paired with lyrics about the pain of knowing your own wrongdoings and the vulnerabilities that are then exposed.

The honesty of her lyrics ring true with the listeners as the album continues down winding roads of learning to love oneself and the pain and joy that comes in doing so. Self-love is not an easy thing to master, and Joyeur does a good job of conveying that to her listeners with a variety of tracks, such as “Underbelly” and “Fish”. There’s something refreshing to an album when different genres flow in and out of a variety of tracks, and “Fish” brings elements of ’90s R&B into the mix whereas “Don’t Wanna T” sees Joyeur dip into hip hop.

This album celebrates life and its constant ups and downs, with each track getting the chance to shine in its own way and in its own light, much like life itself. The beauty of all our flaws can be seen within the musical journey that Joyeur takes us on with How to Love Yourself and Not Destroy Everything.

Talking aabout this album, Joyeur said: “The album explores human themes of hopefulness, perseverance, self-acceptance and self-sabotage—experiences that have guided my writing from the beginning. I feel like I’ve torn the veil off my pain, fear, and insecurities to reveal power that can be used for good. Empowering and accepting myself in this way feels like a gateway to letting love in and stop undermining my own wants and needs. I can be my own worst enemy.”

Stream the new album, How to Love Yourself and Not Destroy Everything, by Joyeur on Spotify here:

How to Love Yourself and Not Destroy Everything by Joyeur is available to download and stream right now on a variety of platforms.

Let us know your thoughts on How to Love Yourself and Not Destroy Everything, by Joyeur on Twitter @CelebMix.