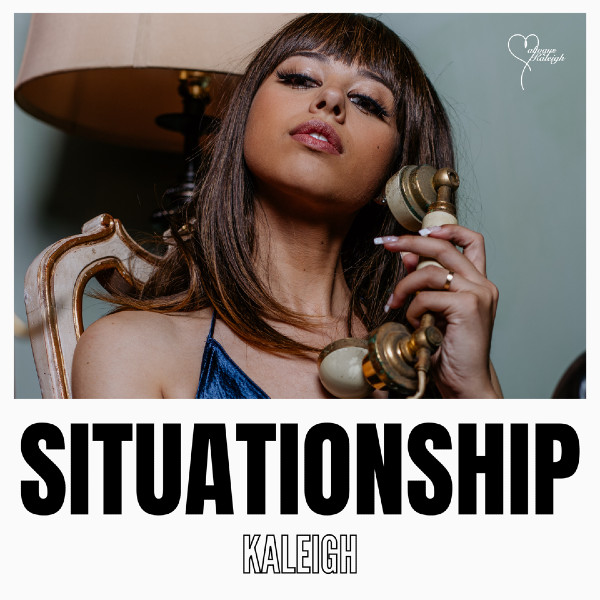 Musician, actress, model, and singer-songwriter Kaleigh drops her brand-new single, “Situationship,” a song about being caught betwixt and between.

Kaleigh explains, “Have you ever been in less than a relationship, but more than a friendship with someone? Well, me too. ‘Situationship’ is about being frustrated as you are stuck in the in-between with someone you’ve come to care about. Too often these days, people are quick to trade a good thing for a good time. Others are so damaged by their traumatic pasts that they keep themselves from truly moving forward or falling in love once again. ‘Situationship’ is a therapeutic, anger-release of all that pent-up emotion that we hold back to keep from scaring someone off. Let’s let it go together.”

She adds, “The negative effects of casual dating and the widely accepted ‘situationship’ are felt equally by the Millennial, Zillennial, and Gen Z populations. This song highlights one’s ability to reclaim their power and decide that this type of lifestyle simply isn’t the right fit. The rock genre has always been about stepping outside of societal expectations and generational norms, ‘Situationship’ is about doing the unexpected in an era of instant gratification and emotional unavailability — reverting to the old-fashioned, slow-burn kind of love.”

Kaleigh began her career in music when she was 13 years old, writing and releasing an EP, followed by a series of singles and music videos. In 2021, she released her debut album, Predestined, featuring “Lost Souls” and “Weather The Storm.”

Multi-talented, Kaleigh’s work as an actress includes being presently signed with Lena Roklin of Luber Roklin Entertainment, as well as the Daniel Hoff Agency. She appeared in Olivia Wilde’s Don’t Worry Darling, CBS’s hit television show, Why Women Kill, along with features in NBC’s The Good Place and ABC’s Speechless.

Kaleigh has it going on! At once visceral, primal, and dripping with scorching oomph, “Situationship” flat-out rocks and rolls.