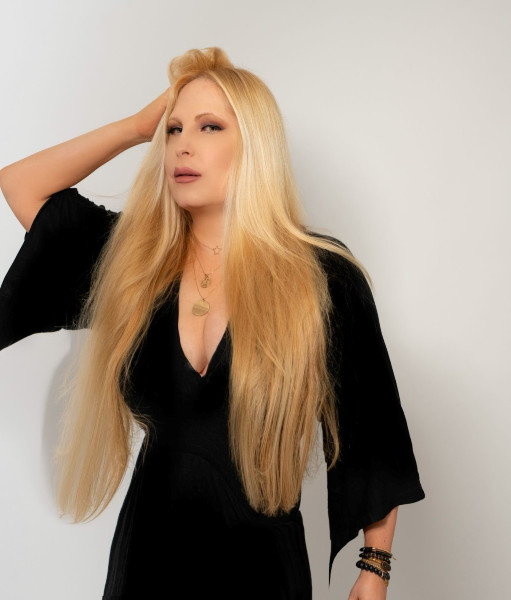 Born and raised in Montreal, when she was 16 years old, Karine performed on Canadian television. Her performance impressed Celine Dion, who asked Karine to sing at her forthcoming wedding.

Karine shares, “That was really the start. It was such an incredible moment, and I was driven to pursue this endlessly to fulfill my dreams as a world-class singer.”

Moving to NYC, she began collaborating with Jim Steinman, followed by being approached by major labels. Later, she signed with Cash Money Records/Republic Records/Universal music co-founders Ronald “Slim” Williams and Bryan “Baby” Williams, making her their one and only pop artist.

After signing, she released her debut single, “Burning Up,” which soared up Billboard’s charts to number 5. She followed with “Victory,” hitting Billboard’s Top 10.

According to Karine, “I want people to feel something massive in their soul after listening to me interpret a song, whether it’s an original or a cover tune. I sing from the soul, and I hope it reaches listeners.”

At once romantic and touching, on her version of “Jump,” Karine Hannah delivers posh textures and impassioned vocal timbres.