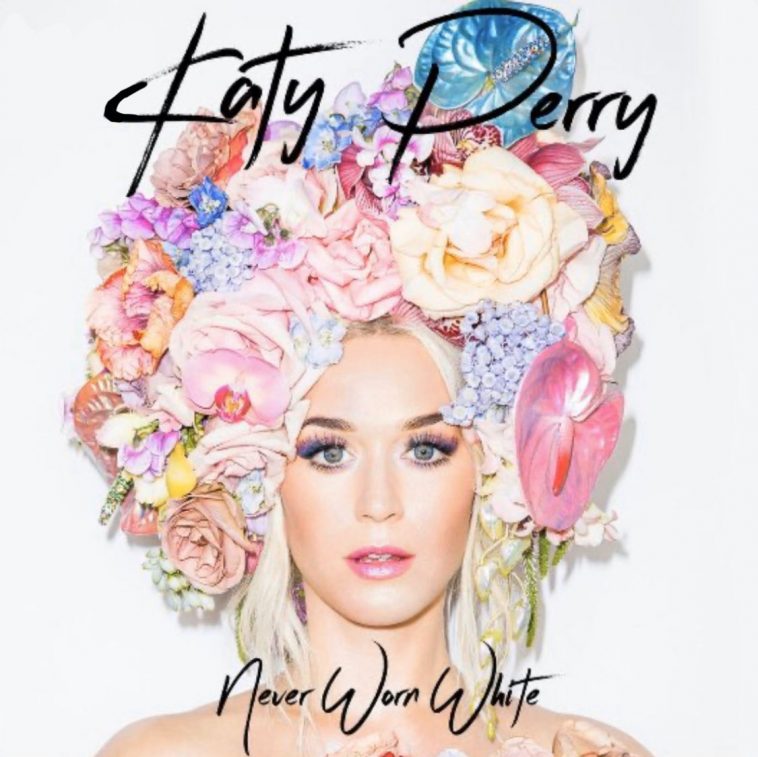 Katy Perry is back once again with another single. On March 5th, the American Idol judge released the emotional ballad, “Never Worn White,” with a beautiful music video.

The song references how she didn’t wear white to her first wedding to Russell Brand and how she wants to get it right this time with current fiance, Orlando Bloom. It is one of her most emotional songs.

In Beyonce-esque style, Perry was covered in flowers from head to toe and revealed a pregnant belly in the music video. She took to Twitter to reveal that she is actually pregnant with her first child with Orlando Bloom. The baby is expected to be due this summer, according to Perry’s Instagram post. It will be Bloom’s second child. He shares a son with Miranda Kerr.

The couple has been very private throughout their relationship, but are reportedly getting married this July in France.

No word on if this song will FINALLY be featured on KP5, but even if it isn’t, we love any song we can get from Perry.

Congrats to the happy couple!

What do you think of “Never Worn White?” Let us know on Twitter at @CelebMix.