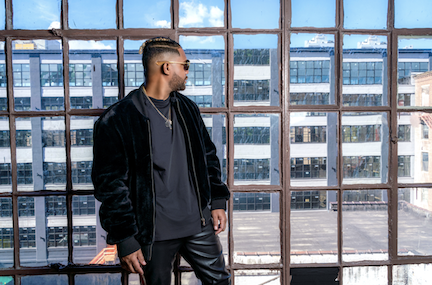 R&B singer/songwriter K’coneil has just released a new single for the new year. Called “Money Dance”, the track is the first release of 2022 from this prolific singer who burst onto the scene in 2014.
With “Money Dance”, K’coneil shares his intentions to spoil that loved one who he is romantically involved with. He is ready and willing to give that girl everything he can to make her world a better place. With sexy grooves full of swagger, “Money Dance” highlights K’coneil’s soulful vocals that are full of passion and intensity. The R&B landscapes in the song create an intoxicating vibe full of deep bass and colorful pop-dipped synths.
K’coneil is a well-known creator who has received critical and commercial acclaim. The genre- defying artist has charted on iTunes, released a Billboard chart-topping single and even was nominated for a Juno. He carries his Jamaican roots with him, often releasing music that has a tinge of Reggae.
Take a listen to “Money Dance” and remember to spoil those you love and tweet @celebmix
https://open.spotify.com/track/25Ufp79tRJg1Aiui3FLziN?si=2cbbbe94ab004f7f