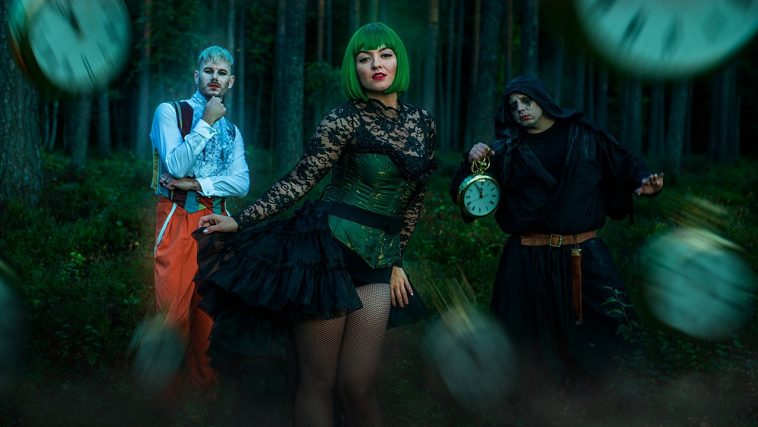 KEiiNO were the winner of the hearts (aka the audiences’) of the Eurovision 2019 where they entered the contest for their home country, Norway, with “Spirit in the Sky“.

Two years later, and after releasing a couple of huge electro-pop-bangers such as this year’s hits “Monument” or “Unbreakable”, the masters of bop-creation return today with a bloody-good new release. Said track is titled “End of Time (Taste of Heaven)”. It takes us to an Armageddon of sorts where the night is still young and is filled with demons rushing through the park while the group is getting down with creatures of the night, boys in PVC as well as saints in pumps, just to name a few. “I just wanna dance in heaven, they will not refuse this bacon“, lead singer Alex singes, right after confirming that “all the queers go straight to heaven“.

They really said “Gay rights” and we have no choice but to stan.

As you can tell, the song is a lyrical masterpiece. Campy and over-the-top, “End of Time (Taste of Heaven)” truly brings the fun into this spooky funeral of our days. Musically, the track slightly diverges from the usual KEiiNO style. The electronic influences are being moved to the background in order to give way to rock elements. The track opens with guitars and drums. Over time, the band mixes in the typical production elements we all love and even adds a spooky keyboard as the song progresses.

A truly spook-tastic addition for our Halloween playlist!

Listen to the track here and get ready to party like it’s the end of your time:

The group have also released an official visualizer for the song (caution: flashing images), which you can watch below:

The song was written by the band themselves with with frequent collaborators  Rüdiger Schramm and Alexander Olsson. Production was handled by Rüdiger Schram and band member Tom.

“End of Time (Taste of Heaven)” is now available for purchase and streaming on the service of your choice!

What do you think about the new track by KEiiNO? Let us know on Twitter @CelebMix!