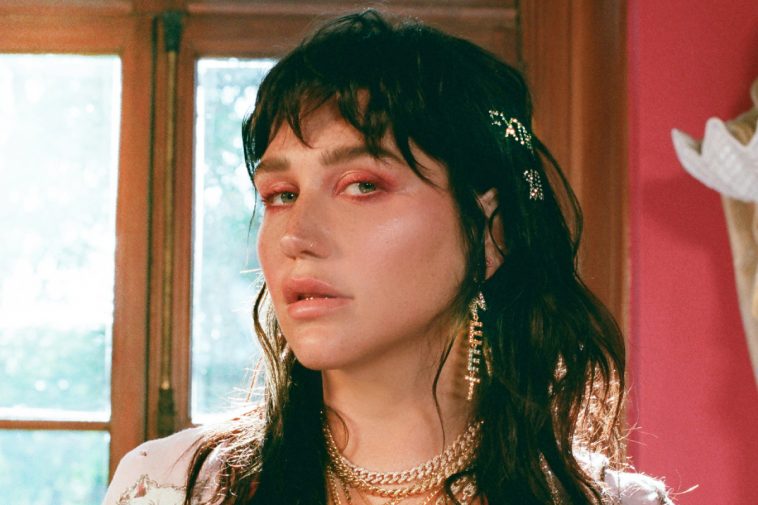 Kesha has released a music for latest single ‘Little Bit of Love’; the catchy, sing-along track is taken from her latest album High Road.

The video sees Kesha creating a fantasy dream world with her cat Mr Peep$ (played by Brad Ashenfelter wearing a giant cats head mask) going on set of wild adventures in different countries across the world. From robbing banks, hanging out in Paris, roaming through New York and even reaching the dizzying heights of space. Like many videos at the moment, there was no big recording process for it. In this instance it was self-directed and shot by Kesha at home using an iPhone and green screen then sent to co-director Jonah Best to edit and add visual effects.

With live shows on hold at the moment, Kesha is set to perform a live stream show this Thursday 11pm BST (13th August 2020) through virtual reality platform MelodyVR. As part of the Live from LA series the show will be free to view for fans through the MelodyVR app which can be access through smartphones and VR headsets. The show will be recorded with just three camera, 360 cameras and see Kesha alone during her performance. Speaking of her upcoming set she said “I miss performing live and connecting with my fans. I really live for those moments.” She continues “I don’t believe I have ever played a show like this, just me and only me, for you and only you. A personal serenade in my 360 degree ‘spaceship’ as we blast off into a uniquely unbelievable new kind of concert experience, Live from LA.”. Be sure to check it out and hear Kesha performing material both old and new during this special show.

What do you think of the creative Little Bit of Love video? Tweet us @CelebMix and share your thoughts.