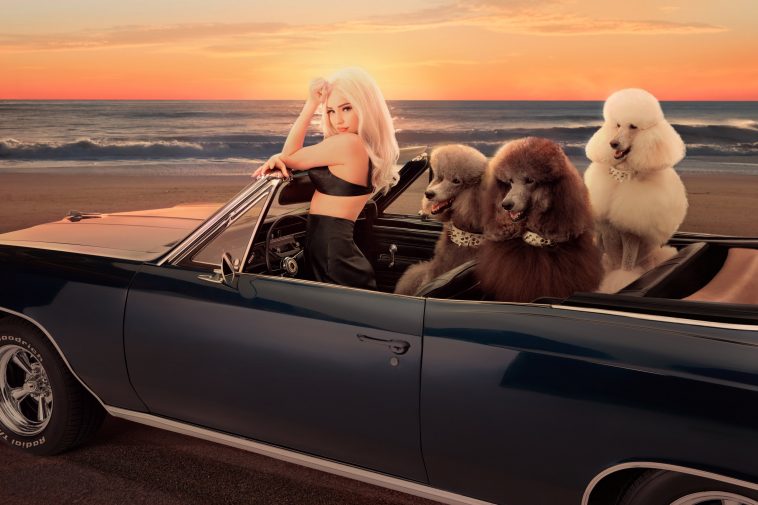 Rising international pop sensation Kim Petras is back with her summer-ready bop, ‘Malibu’.

Inspired by the Baywatch fantasy of Malibu, the track is a breezy offering which intertwines 80s flavoured synths and infectious club beats. ‘Malibu’ is a feel-good track which showcases Kim’s soaring vocals and brings us plenty of irresistible summer vibes despite the current global situation.

Speaking about the track, Kim said: “‘Malibu’ is a return to colour, the feeling of being in love, and the escapism pop that I love the most. After Clarity, I had cried all my tears and moved on, so this is a reflection of how I’ve been feeling. I just want ‘Malibu’ to be a fizzy, refreshing drink that comes to you during this quarantine and makes you forget all your anxieties. I hope this can be a little vitamin shot that brightens your day.”

Listen to ‘Malibu’ below.

‘Malibu’ follows on from a string of hits including ‘Reminds Me’, ‘Icy’, ‘Close Your Eyes’, and ‘I Don’t Want It All’ as well as her full-length album Clarity which dominated Spotify’s New Music Friday and Apple Music’s Best of the Week.

Kim also recently received an award nomination for the GLAAD Outstanding Music Artist following the release of Clarity. She was also nominated last year for her EP Turn Off The Light, Vol. 1.

What do you think of ‘Malibu’? Let us know your thoughts on Kim Petras and her new single on Twitter @CelebMix