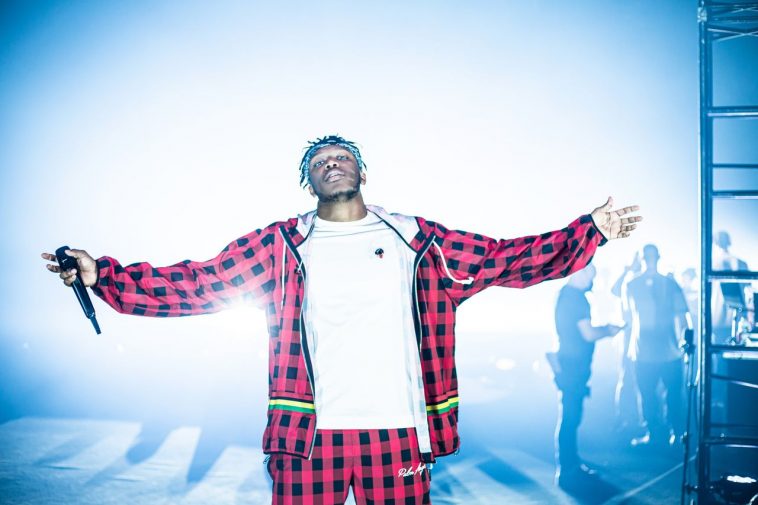 KSI continues his mission to takeover planet pop today (July 16th) with the release of his highly anticipated sophomore album, All Over The Place.

Serving as the follow up to last years Dissimulation – which made him the biggest selling U.K. breakthrough artist of 2020 – the new LP is executively produced by Mams Taylor (Tiësto, Robbie Williams, Snoop Dogg) and features the singles Really Love, Don’t Play, Patience and Holiday, along with collaborations with artists including Anne-Marie, Craig David, YUNGBLUD, and Polo G.

All Over The Place Official Track-Listing

In a press release, KSI says of the record: “I’m super excited for the people to hear this album. I’ve improved on everything I did with ‘Dissimulation’. The singing has improved. The writing has improved. The beats have more layers to them, I’m a lot more experimental, I’m way more comfortable on the mic. This album reflects a lot of hard work and passion combined and I’m really proud to be releasing it.”

To celebrate the albums release, KSI will stage a ground-breaking global event this Saturday (July 17th)! Transmitted by Moment House and in partnership with Proper Loud, MBA Live, The KSI Show is described as being an exclusive multi-dimensional event, that will include a stellar cast of guest stars, surprise performers, dancers, acrobatics, and artists.

Speaking ahead of the show, KSI (real name Olajide ‘JJ’ Olatunji) promises fans a night they won’t forget in a hurry: “No one will honestly expect this. This is a once-in-a-lifetime experience. Never done before. Ya boy is gonna take you all on an adventure that will be remembered for years to come. I’ll be taking you through my journey from being a YouTuber to a boxer to a musician and more. This experience has everything. Mainstream meets the internet in a way never done before. So, get ready and enjoy.”

All Over The Place is available to download/stream via BMG/RBC Records now.