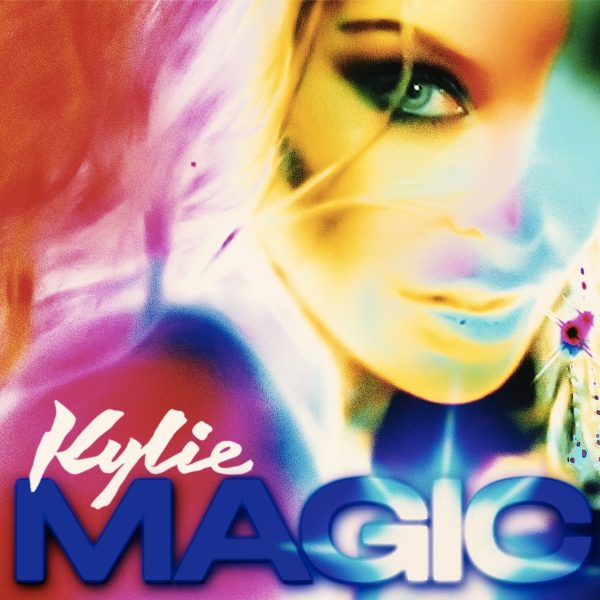 In a week that could have left you crying at the not-so-quick return to the nearest discotheque, Kylie Minogue performs an act of musical magic in the way of her second single, lifted from her hotly anticipated fifteenth studio album titled ‘DISCO’.

First teased by Kylie across her socials on (Monday) 21st September, “Magic” today (24th September) received its premiere on Zoe Ball’s Breakfast show on BBC Radio 2, before swiftly being made available for download and streaming, where within the first hours of release reached top 3 on the iTunes chart.

“Magic” co-written by Kylie sees her reunite with Daniel Davidsen & Peter Wallevik (Get Outta My Way, Million Miles), along with Michelle Buzz (Katy Perry, Adam Lambert, Anastacia) for an instant feel-good disco bop that will have you dancing with five of your nearest and dearest.

“Magic” serves as the follow up to Kylie’s return with ‘Say Something’ in July. Minogue recently performed the album’s lead single for the first time on The Tonight Show with Jimmy Fallon.

Alongside the single release, Kylie has teased a music video in which she reunites with ‘Say Something’ director Sophie Muller to accompany the release.

‘DISCO’ set for release on 6th November 2020 via BMG and Derenote Ltd marks Minogue’s fifth decade of releasing music. This will be a departure in style from the pop princess’s last record ‘Golden’ in 2018, which was more country inspired.

Describing the record back in May as containing a ‘grown-up disco’ sound, Kylie recently described in an interview ‘We’re rooted in the 70’s, but there is a bit of 80’s and there’s even a 90’s interpretation’ in terms of the disco genres that make up this record.

You can now pre-order your copy of ‘DISCO’, available in a variety of bundles which include vinyl’s, a cassette and more right here.

Let us know what your thoughts are on Twitter using @CelebMix.

Hi Lee here, I'm a massive pop music fan. In my free time I'm a writer at CelebMix for pure enjoyment. I'm super passionate about the entertainment industry and love to submerge myself into the world of our much loved celebrities.