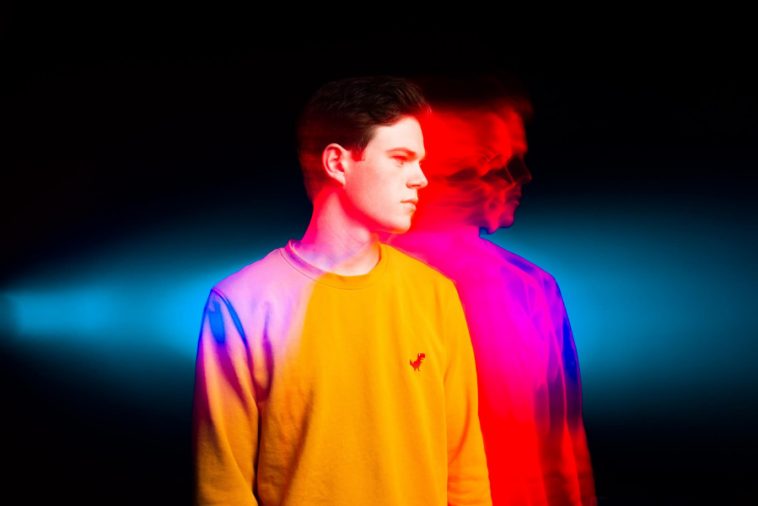 Multi-hyphenate Lamorn introduces a new 2-track offering, entitled Between Us, paving the way for his forthcoming debut EP, Encore, via mau5trap. The EP drops on November 9.

The two tracks are “Between Us,” a vocal-driven song, and the instrumental “Lance Mountain,” displaying Lamorn’s delicious fusion of electronic music and plush alternative textures.

Talking about “Between Us,” Lamorn shares, “Over the years, my Lamorn project was always something I thought I would keep fairly detached from my thoughts and emotions. ‘Between Us’ is the first time I let that guard down. Since then, this has become less of a ‘project’ and more of an extension of my life, where I can be 100% myself.”

He attracted massive attention when he submitted a track to deadmau5’s mau5trap Mondays in August of 2020. Deadmau5, who was blown away by what he heard, asked for stems from Lamorn. Shortly thereafter, Lamorn was announced as the winner of ATTLAS & mau5trap’s remix competition for ATTLAS’ hit single “Half Light” ft. Alisa Xayalith.

Lamorn has performed atThe Brooklyn Mirage (NYC), The Rawhide Event Centre (Arizona), and The Factory (St. Louis). This November, Lamorn is set to accompany deadmau5 as the special guest for both nights of Day of the deadmau5 at Red Rocks as well as his Day of the deadmau5 in Miami.

“Between Us” opens on wavering synths pushing out lush layers of color, followed by the entry of a low-slung, potent rhythm topped by Lamorn’s evocative voice, giving the lyrics sensuous quixotic savors. A shimmering breakdown shifts the harmonic flow and then returns to dazzling surface hues.

With “Lance Mountain” and “Between Us,” Lamorn struts his overwhelming talent for amalgamating stylish, polished leitmotifs.