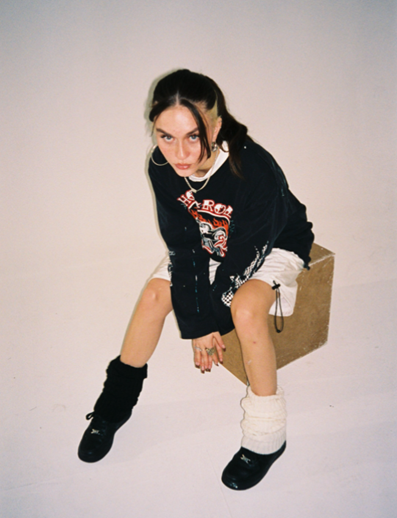 Berlin, Germany-based indie-pop singer-songwriter LEEPA releases the music video, “how to live,” a song about the complexity of existing in today’s world.

LEEPA explains, “For the past year life has kind of started to flash by me, and even though I am starring in this crazy movie that is my life. it also sometimes felt like I was just watching from the sidelines. there were a few instances from being on stage for the ‘new music award’ to simply just dancing with my friends that kind of ignited something in me again and made me realize that I forgot how to live.”

“how to live” follows “I’m sorry, are you” and “switch places,” released during the pandemic. Both songs were used by her fans as their TikTok soundtracks, condemning sexism along with LEEPA, followed by her performances at Climate Live and Fridays for Future, sharing the stage with Milky Chance.

‘I’m sorry, are you” was featured in Earmilk, VICE, and Wonderland, followed by LEEPA being nominated by the national radio stations for the ‘New Music Award’ as newcomer of the year.

“how to live” opens on prickly guitars flowing into a tight rhythm full of driving indie-pop energy as LEEPA’s delicious, crème de la crème voice imbues the lyrics with posh timbres. On the chorus, the melody takes on hints of pop-punk flavors, filling the song with heady power chords, Jovian drums, and a fat bassline.

Oh so contagious, the highlight of “how to live” is LEEPA’s plush, polished voice, telling listeners the best way to cope with the tumultuous convolutions of life is “just to live!”

“I been holding myself back / damn I forgot how to live / I been tryna be perfect / I didn’t even question it.”

The video, directed by Marvin Jockschat, depicts LEEPA and her friends in Berlin and London as they enjoy life post-pandemic. The visuals, raw, and brimming with kaleidoscopic effects, offer a dazzling display of LEEPA living to the max.

With “how to live,” LEEPA delivers vibrant, alluring indie-pop leitmotifs, as well as an infectious rhythm and deluxe vocals.