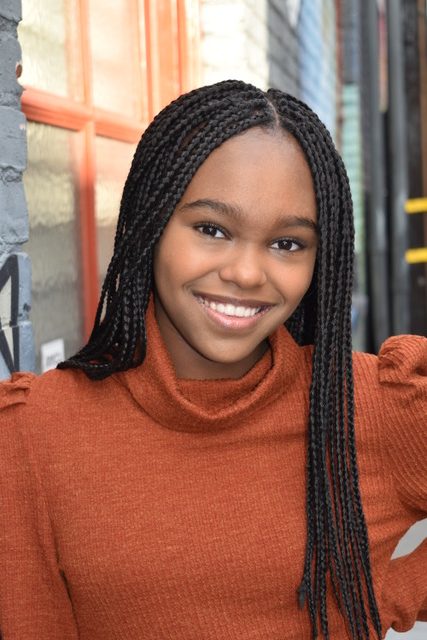 “Good Girls” is back with Season 3. The show revolves around three characters – Beth, Annie, and Ruby. Frustrated from playing by the rules and not getting their fair share of respect, they decide to take control of their lives. But destiny has other plans for them. Facing a financial burden due to medical bills, custody battle, and the cost of living, the trio plans a heist. Things don’t go as planned and they get pulled deeper than they could have imagined. Lidya Jewett, who garnered attention with her role in Wits Academy, has returned as Sara Hill.

This new season will see Sara seeking answers from her mother (Ruby) as she starts to suspect her behavior. She will try and figure out how Ruby has been paying for her medical treatments.

Jewett is a rising star who has already shown us a glimpse of her talent through different shows and movies. She has worked alongside Taraji P. Henson, Octavia Spencer, and Janelle Monae for “Hidden Figures.” She was also cast in the Marvel film “Black Panther,” opposite Chadwick Boseman and Lupita Nyong’o, as well as “The Darkest Minds”.

CelebMix talked to Lidya Jewett about her journey and the new season for “Good Girls”. Check out the complete interview below:

Your journey is quite inspiring. What has been the biggest highlight until now?

Well first, I am very proud and honored that I have been able to get this far in my journey and I am very excited about what is coming next. Of course, there are many highlights from throughout the years, but I think the biggest highlight would be singing, dancing, and laughing with the Hill Family in between takes. It’s amazing to have such a great second-family from Good Girls that I can have fun with and work with.

You have also been a strong advocate of providing opportunities to teens in S.T.E.M. Can you please tell us more about it?

I have always put importance on being an encouragement to everyone in their academics, whether it is in S.T.E.M fields or whatever academic interests they might have. I hope other kids can see their own potential.

We have seen you in a variety of roles where you have portrayed the younger version of some great characters. If you could bust some myths around young performers and child-actors, what would they be?

It was such a great experience to be able to portray the younger versions of amazing actresses and characters, but if I were to bust some myths about young performers and child-actors, I would have to say the fact that this comes into our life easily. I know that many people think that being a child actor and a young performer is relatively easy and not hard work. But they forget that we have real jobs. We have jobs that require us to have certain things ranging from an emotional capacity to bring to the role to good grades to keep us eligible for work and that is in addition to the entire audition process. It really is a job.

You have done some amazing roles including that of Sara in Good Girls. What inspired you to become an actor and has the perception changed with time?

Since I started so young, I really don’t remember not doing it. Because of that, I like to think of this question as rather not what inspired me to start, but what inspires me to keep going. I love being an actress. I love every part of it from meeting people to portraying the roles. I try and learn something from every project from everyone in front of the camera and behind the camera. I hope to always be that way.

Which role has been the most challenging?

I have always loved challenging roles and how much connection and heart they take, but if I had to name the MOST challenging role I’ve been, I would say it is/was either my role as Sara Hill in Good Girls. Although these roles were challenging, I never see it as work. I have always had fun on sets no matter if I am supposed to be sad, happy, or angry. My role as Sara is sometimes difficult because she is growing up and doing and saying things that I have necessarily never done. She is rebellious and isn’t afraid to make herself heard to her parents, although that might get her in trouble.

In your interviews, you have spoken about the strength of character as well as the plot in Good Girls? What kind of social and personal values, in your opinion, can one derive from the show?

All the characters in Good Girls have gone through challenging times that have made them stronger as people. I think that for people who watch the show, whether they are going through financial difficulties or anything else that could be affecting them, something they can derive from the show is the value of not giving up. I am not saying that you should go and rob a store but don’t give up during this challenging time.

Congratulations on the new season! What can viewers expect from the upcoming episodes?

Thank you! Although I can’t say too much about the next season, I can say that viewers will definitely be surprised and excited to see the changes in the characters and especially in Sara. All I can say is that Sara is growing up and challenging her parents in ways that she didn’t before. She is picking up on little details from behind the scenes and starts to figure certain things out.

Sara in “Good Girls” is everything women want to see on screen. How has been your experience of portraying her character and bringing such strong writing to life? We would love to have your insights on the way Sara has been written and built for the show.

Well first, I have to say that it is an honor to portray such a strong black girl on the show. I am grateful to the writers for giving amazing material that I can use to bring Sara to life on the screen. Although Sara is only a girl like I am, she is already so powerful and knows what she wants. I love playing her, but I also love seeing how she affects those who watch her.

In addition to our previous question, what kind of character development can we expect for Sara in the upcoming season?

You can expect some unexpected twists and turns with Sara in this next season. I think she will surprise everyone and bring an exciting new look on who she is.

How are you spending the days in this period of social distancing?

Although social distancing is hard, I am grateful to everyone participating in it and staying home. As for how I am doing….. I am going crazy! I love meeting people and being with them, but because of this pandemic, I am not allowed to. I am trying to stay busy in my free time from school by running, looking at future colleges I might attend, doing puzzles, and learning about new subjects. I hope everyone is staying healthy, staying safe, and staying home.

Well last summer, I spent three months in Canada filming a movie called Feel The Beat which will be coming out this next summer! The main role is played by Sofia Carson from Disney’s Descendants movies and the Pretty Little Liars Perfectionists show. Her character, April, comes to a small town in Wisconsin called New Hope after her dream of being on Broadway doesn’t come true. She meets this group of girls at a dance academy and reluctantly teaches them to dance and helps them win competitions. They become family but are challenged in their relationships. I think the movie will be well received with its different races, different body types, and differently-abled people. There is a lot of dancing, and I think everyone is going to love it!