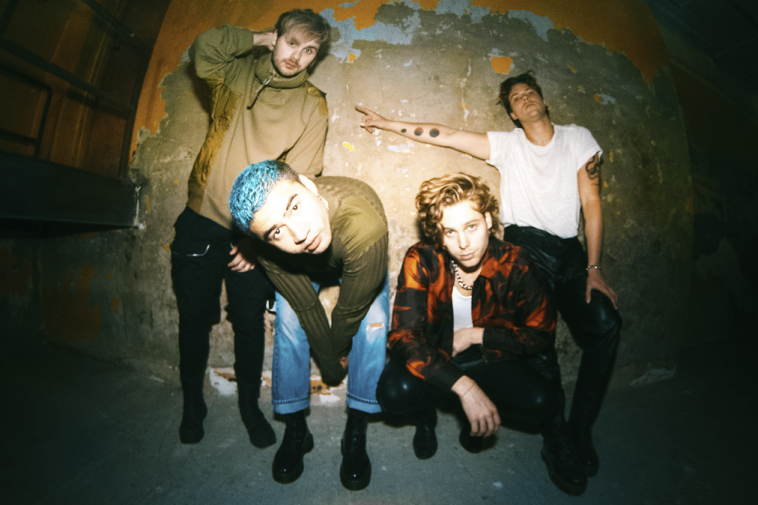 This week marks CelebMix’s fifth birthday so we’ve decided to celebrate by dedicating articles to some of our favourite celebrities. This one is all about 5 Seconds of Summer and their music videos!

Over the years, Ashton, Calum, Luke and Michael have unveiled so many incredible music videos. From the empowering to the hilarious, we’re always excited by the thought of a new 5SOS video! We’ve chosen five of our favourites to share with you,

‘She Looks So Perfect’

‘She Looks So Perfect’ was 5 Seconds of Summer’s debut single and its accompanying video remains their most-watched to date. We still can’t get enough of the fun vibe of the video, with people of all shapes and sizes losing their inhibitions and dropping their clothes.

The music video for ‘Good Girls’ takes place in a school where 5SOS are due to perform as a string quartet. This school is no ordinary school though – it’s a place where ‘bad’ girls are taught how to be on their best behaviour. However, it doesn’t take long for the girls to break free from the etiquette lessons, as they start to cause chaos around the school and go and enjoy 5SOS’ performance.

Taken from the Ghostbusters soundtrack, ‘Girls Talk Boys’ is one of 5 Seconds of Summer’s most underrated tracks and came with a hilarious music video. Naturally, the guys turn into Ghostbusters and try and defeat some of the evil around them. It’s such a good video and always entertains us when we watch it.

Directed by Hannah Lux Davis, the music video for ‘No Shame’ sees Ashton, Calum, Luke, and Michael take an utterly shameless approach to fame, no matter the cost. From fake deaths, taking selfies after being in a car crash, to turning into a plastic surgery-performing mad scientist, each member takes on a mad cap character who goes to extreme lengths for fame. This cinematic visual is without one of their best and perfectly captures some of the madness which does exist in today’s society.

The global pandemic put a halt to 5SOS’ original ‘Wildflower’ shoot however, with the help of director Andy DeLuca and assistant direct Sarah Eiseman, the band managed to shoot a music video remotely using a green screen which was meticulously disinfected as it was delivered from member to member. The result is a trippy 90s inspired visual which perfectly embraces the vibe of the song. It might not have been the original plan but there’s no doubt that 5 Seconds of Summer have pulled off an incredible visual.