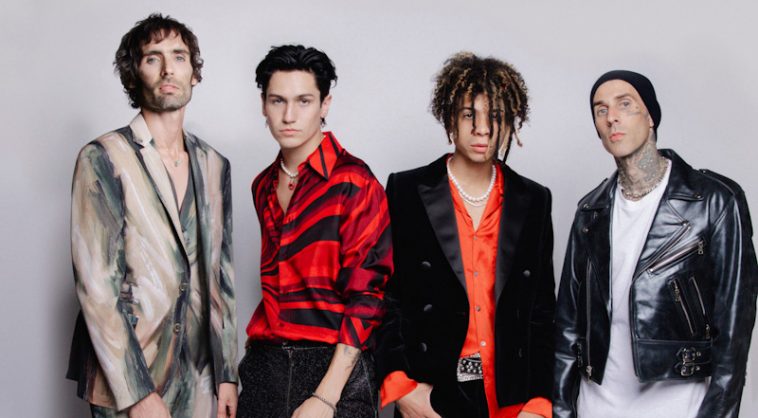 LILHUDDY (aka Chase Hudson) has released a brand-new, “Don’t Freak Out,” featuring Iann Dior, All-American Rejects’ front man Tyson Ritter and Travis Barker, along with an official music video! The track combines a mix of pop, punk, and hip-hop, all of which heavily influence Chase as a musician. So this song has a little bit of everything for everyone!

LILHUDDY shared saying, “I cannot explain how excited I am to put this song and video out into the world. I have been teasing the track and it is hands-down one of my proudest moments as an artist. Iann, Tyson and Travis have been such inspirations to me, so being able to collaborate with them on ‘Don’t Freak Out’ was an absolute dream and I am so grateful for the opportunity.”

In addition to the song and video, LILHUDDY announced that his upcoming debut album Teenage Heartbreak will be coming out on September 17th!

It is available for pre-order right now. On the album, fans will find these previous singles on it: “21st Century Vampire,” “The Eulogy Of You and Me,” and “America’s Sweetheart,” along with the new track, “Don’t Freak Out.”

All of the songs will be available as instant-grat upon album pre-order!

Watch the new music video for “Don’t Freak Out” below:

Are you excited for LILHUDDY’s new album and single?