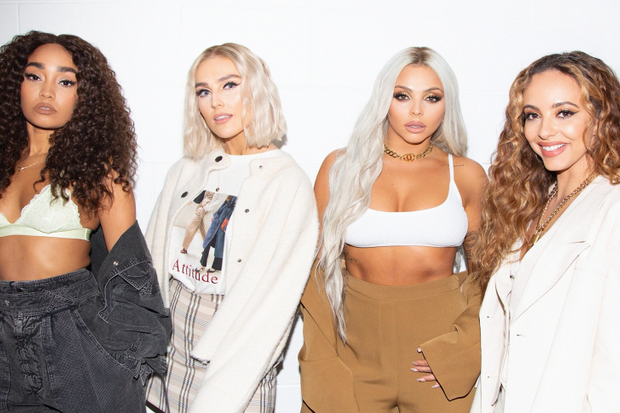 The girl group revealed the exciting news on their social platforms, confirming the title and release date.

In the spectacular announcement, the girl band presented the illuminating and colourful artwork of their album which features the girls wearing bright, vivid makeup look, with confetti sprinkled all over their faces.

Already we can expect ‘Confetti’ to be filled with love and positive energy because at the start of March, we were given the first taste of the album when Little Mix released ‘Break Up Song’ which was a successful music hit. We have also recently got more of an insight to their album as they brought out another sizzling song that made us feel like we were on ‘Holiday’.

So far it seems that ‘Confetti’ may bring us a mixture of upbeat songs with a hint of summer and adoration. This album will be their sixth studio album, following the release of ‘LM5’, ‘Glory Days’, ‘Get Weird’, ‘DNA’ and ‘Salute’.

As well as the news of the ‘Confetti’, Little Mix have also a new tour in support of the album. Pending to take place in April and May 2021, they are due to tour across London, Sheffield, Manchester and many more locations.

Pre-order the album here for early pre-sale access for the tour tickets. £1 from every ticket sale will be donated to two charities: Nordoff Robbins Music Therapy and Black Minds Matter.

In other Little Mix news, they have also got the upcoming arrival of their new TV Show called ‘Little Mix: The Search’ where the’ll be on a mission to find talented singers and merge them into a music-winning band. Little Mix The Search will be aired on BBC One on 26th September.

What are your thoughts on Little Mix’s upcoming tour and the new album? Let us know on Twitter @CelebMix