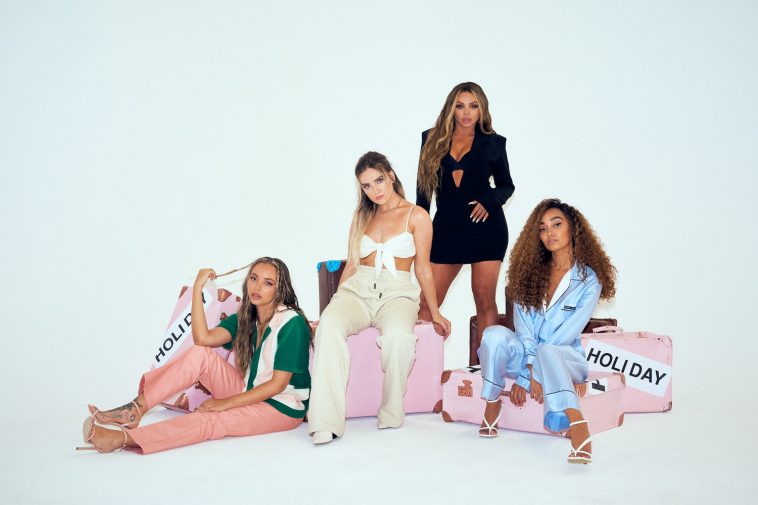 Get your bags packed because Little Mix are taking us all on holiday with the release of their latest single. ‘Holiday‘ is a summery track flaunting electro undertones and powerful vocals from the quartet who are ready to brighten up our days.

Written by Jade Thirlwall, Perrie Edwards, Leigh-Anne Pinnock and Kamille, the track which was produced by Goldfingers sings of the blissful feelings felt within a relationship. With a big sing-along friendly chorus, you don’t need to be on holiday or accompanied by the sunshine to fall in love with this track.

A lyric video for the track has been released and sees all the girls featuring and back together again after the video was filmed safely under lockdown restrictions.

‘Holiday‘ follows on from 80s inspired anthem ‘Break Up Song‘ which was released in March. These have provided fans with the first tastes of their sixth album dubbed LM6. Few details are currently known about the album but we can’t wait to see what the quartet produce given what we’ve heard from the release so far.

If you needed another Little Mix fix, keep your eyes peeled on BBC One and BBC iPlayer for Little Mix The Search coming this Autumn. The show sees them auditioning singers to create their own groups and then going on to mentor them. The exact date on which the show will begin to air has not been announced, so keep your eyes peeled on their socials for further details.

‘Holiday’ is out now and can be purchased or streamed from here.

What do you think of ‘Holiday’? Tweet us @CelebMix and let us know!