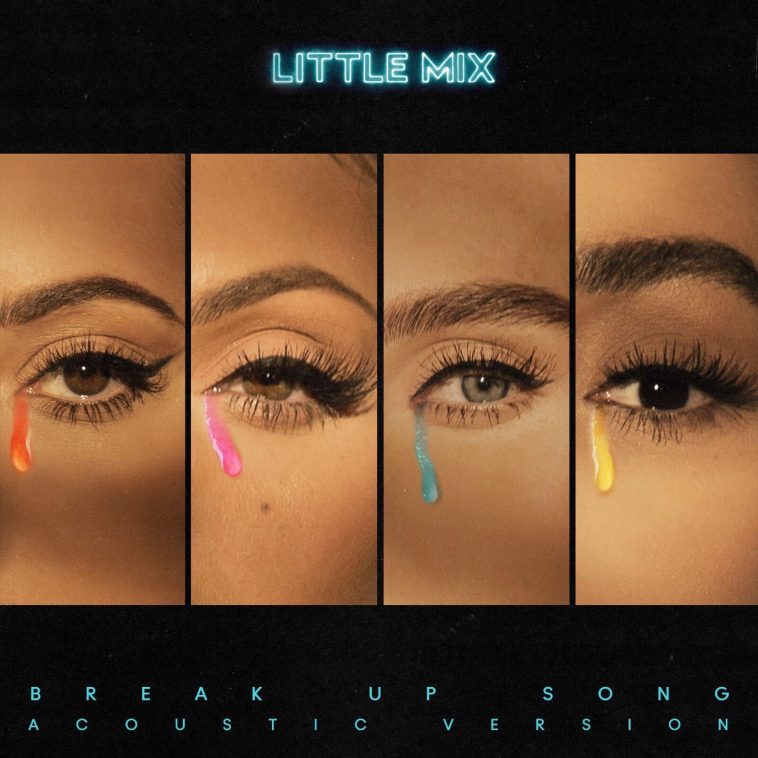 Little Mix have unveiled the acoustic version of their latest single, ‘Break Up Song’.

The track strips back the 80s style synths from the original, leaving Leigh-Anne, Jade, Jesy and Perrie to be accompanied by a delicate guitar instead. The acoustic version showcases the girlband’s gorgeous vocals and heightens the emotion of the song.

The acoustic version also comes accompanied by a video which focuses on each of the girls’ eyes. As the track progresses, each eye sheds a colourful tear.

Check out the acoustic version below.

‘Break Up Song’ was released on March 27 and peaked at number nine on the official UK singles chart. Their latest chart feat means that they’ve achieved at least one top single every year since making their debut with ‘Cannonball’ in 2011.

There’s no doubt that this a sensational achievement and proves Little Mix’s longevity in the music industry throughout numerous changes, including the impact of streaming.

The acoustic version of ‘Break Up Song’ is available to download and stream now.

What do you think of the acoustic version of ‘Break Up Song’? Are you excited to hear more from the new era of music from Little Mix? Let us know on Twitter @CelebMix