Last year while the entire nation was falling in love with Louis Tomlinson as he mentored the boy’s category on the X-Factor, a little boy called Harrysson got to meet him with the help of the Make A Wish Foundation. Louis recently made contact again after hearing Harrysson had been unwell and sent him some gifts and a letter.

Harrysson’s Mum Karly shared news of the kind and heartfelt gesture on her Twitter.

Just had an amazing call from @MakeAWishUK louis has reached out to Harrysson and sent him lots of bits my heart is literally going to burst @Louis_Tomlinson @LouisTeamFrance @LouisPromoSquad thank you for always being there for my precious boy!

Where she also thanked two of Louis’s update accounts, run by fans @LouisTeamFrance and @LouisPromoSquad who have kept in contact with Karly and regularly post updates about Harrysson for the rest of Louis’s fans to see.

Karly posted a video of a very happy and excited Harrysson receiving his gifts.

It arrived I have one very happy little boy @Louis_Tomlinson I can’t thank you enough @LouisTeamFrance @LouisPromoSquad and all the people that support Harrysson his little face was a picture. pic.twitter.com/CGfecCchDe 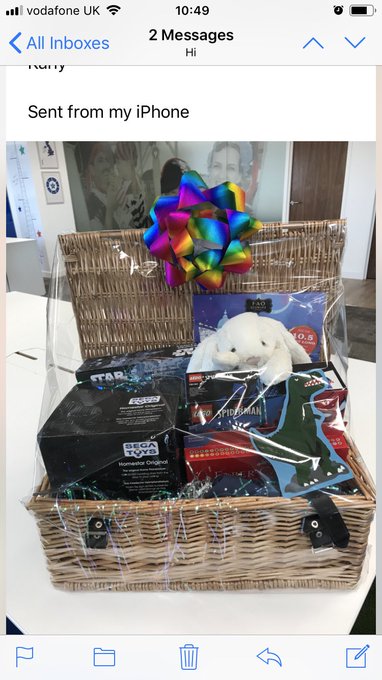 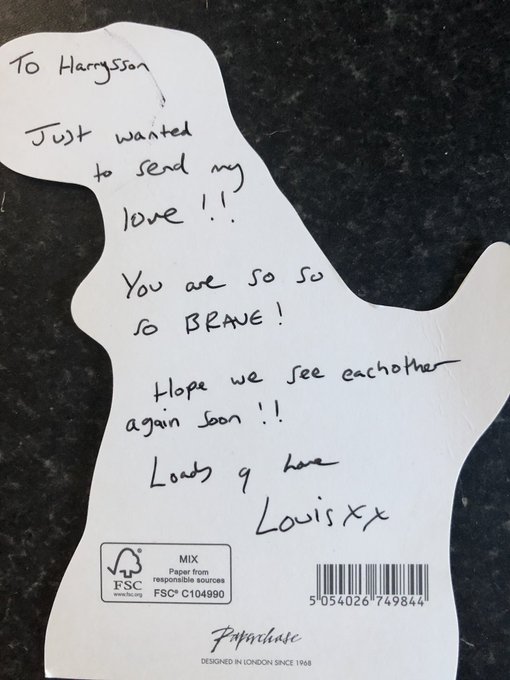 The Make a Wish Foundation is a charity that helps grant the wishes of children who have terminal or life-limiting illnesses.

Harrysson who is five years old. He is has been ill on and off since birth. He has restricted mobility and he deals with a very complex condition that affects his bladder and kidneys. Harrysson has endured 20 operations, 3 in the past year alone but the cause of his medical condition is still unknown.

In November last year, Make A Wish contacted Louis, who has supported the charity a lot over the years, as well as being one of most charitable singers we know and supporting many other causes over the years ( far too many to list here as much as we’d love to).

Louis then made Harrysson’s wish come true and met him at X-Factor. They even shared a bowl of fish fingers and had a little picnic together. 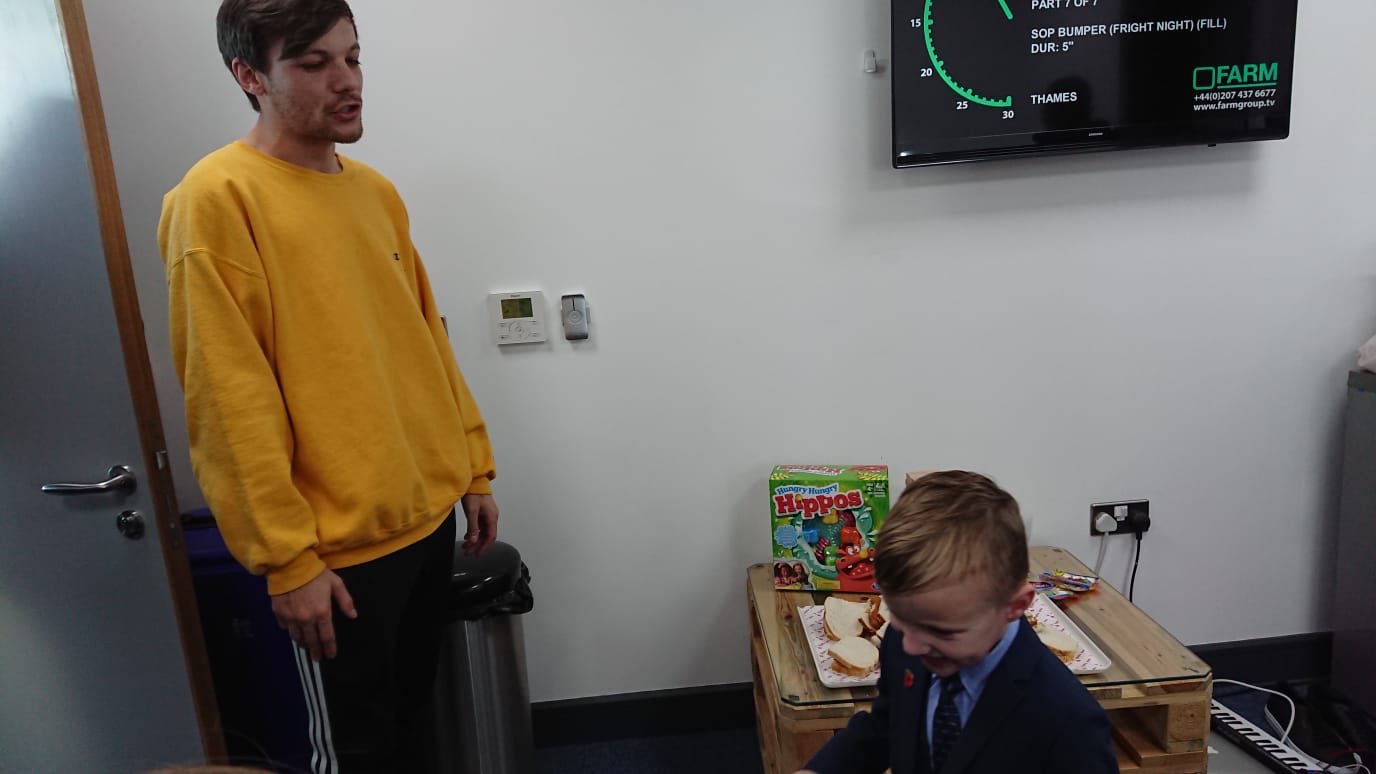 Karly has also nominated Harrysson for a Pride of Britain award for his bravery and is asking others to do the same. You can nominate Harrysson here.

You can find out more about the Make A Wish Foundation here.