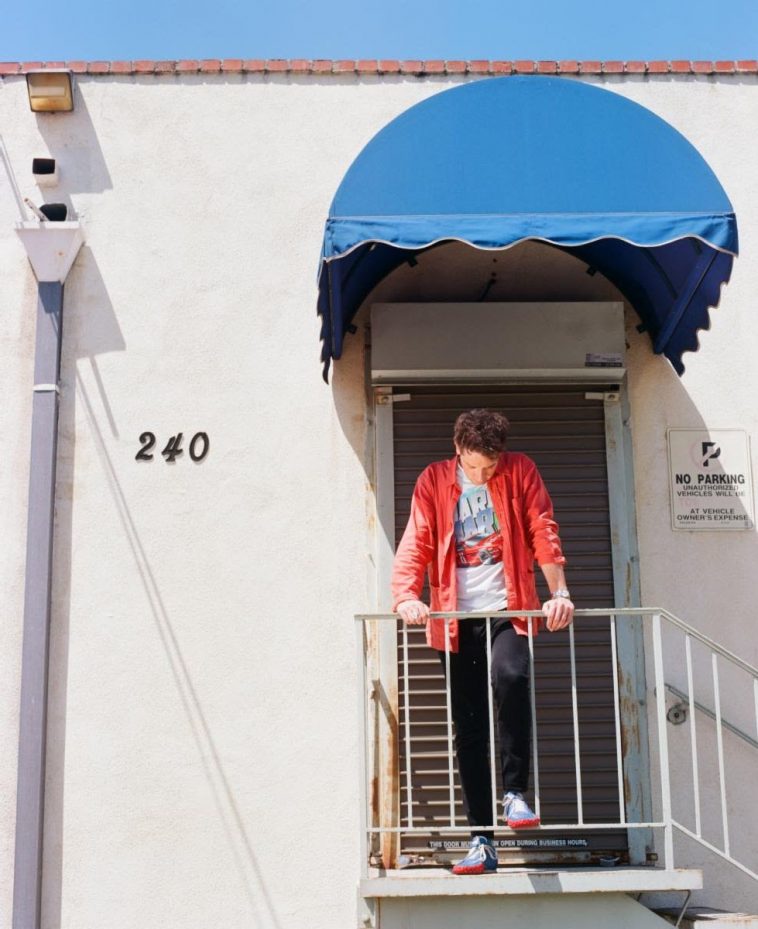 Love Fame Tragedy, the solo-project from Matthew “Murph” Murphy from The Wombats, has just released a brand new live EP. The project, titled ‘Live From Sir, Hollywood,’ includes live versions of popular tracks such as “Multiply” and “Pills.” In total, it includes six tracks all recorded back in 2019. The EP allows fans to feel like they’re present at a high-energy performance. The way it was produced can only be described as genius. It gives listeners an opportunity to dance and also have a chance to genuinely take in all of its deep lyrics. In an exclusive interview with CelebMix, Love Fame Tragedy opened up about the EP, collaborations and more.

You have a brand new live EP titled ‘Live From Sir, Hollywood.’ How do the live versions differ from their studio recordings?

I really like to encourage the songs to take on a new shape when played live and they always do. I find it boring when an artist’s song sounds exactly like the record. The EP features six songs from first releases.

Following the release of this live EP, listeners can look forward to your second EP, ‘Five Songs To Briefly Fill The Void,’ coming next. What inspired you to give this next EP that title?

They’re really just a reflection of the world around me and an attempt to deal with the many changes that I’ve gone through in life thus far. But I guess I try to communicate that in a tongue and cheek fashion? I think? Music is a form of entertainment and one can only be entertained for so long until going to regular life, so the title is a play on that idea.

How does the second EP differ sonically or lyrically from, ‘I Don’t Wanna Play The Victim, But I’m Really Good At It,’ which came out back in late 2019?

I’m mainly focused on the album that is coming in the summer. I see one big album rather than EP’s to be honest. But with it being a new band, it was decided it would be best to start with a couple of EPs and give the project time to build rather than dumping 18 songs all at once.

What lessons or messages do you hope to share through this upcoming release?

I guess one of the messages is that we are all doing our best in life and in this crazy time we live in. I want listeners to recognize that it’s ok to completely [screw] up sometimes, it’s normal and doesn’t make you a dreadful person.

If you could collaborate with any producers, artists or writers this year, does anyone immediately come to mind?

For fans eager to see more music videos or receive more content, is there anything you can tease coming in the future?

The next single is coming out at the end of April and the album is coming in the summer. There’s going to be a lot going on I think, which is good news.

During the unfortunate circumstances surrounding the current global pandemic, what music or artists/bands have you found yourself listening to?

Neil Young to calm me down. Doja Cat because my daughter loves it. Drake because he’s awesome and The Weeknd because my wife forces me to.