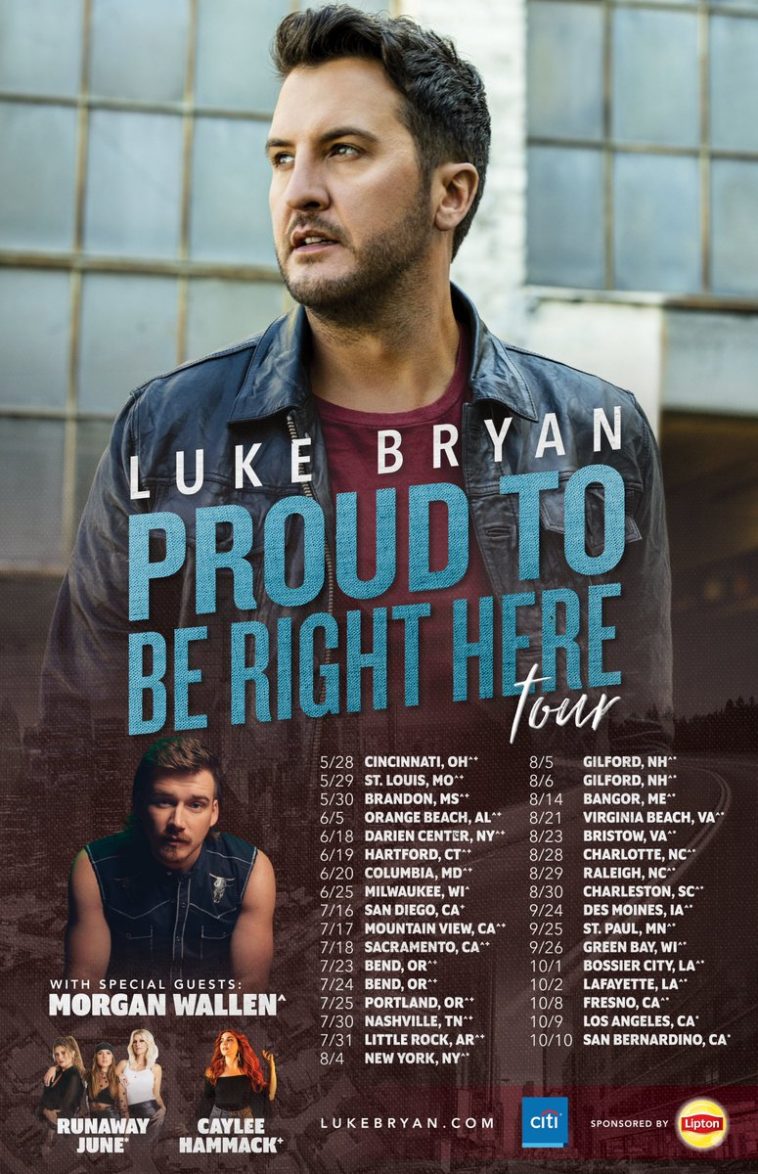 2019 was absolutely massive for Luke Bryan with the country music superstar playing to over 1 million fans and he was also named the “Most-Heard Artist of the Decade” by Country Aircheck making 2019 a hugely successful year for the artist.

Now, as we begin a new decade the American singer/songwriter has announced details of a huge tour across the US along with details of his much anticipated seventh studio album.

The forthcoming record is titled ‘Born Here, Live Here, Die Here’ and will be dropping on April 24th and will be succeeded by the mammoth string of live dates kicking off in May.

The 32 date Proud To Be Right Here tour will see Bryan joined on the road by fellow country artist Morgan Wallen along with Caylee Hammack and Runaway June at select dates, whilst the new record follows on from his chart-topping 2017 album, ‘What Makes You Country’, which was his third consecutive LP to debut at No.1 on Billboard’s Top 200 Chart, and marked his fifth career No.1 debut on Billboard’s Top Country Albums Chart.

Full ticket info and on-sale dates can be found at lukebryan.com

Are you excited for Luke Bryan’s new tour and album? Let us know your thoughts across social media!