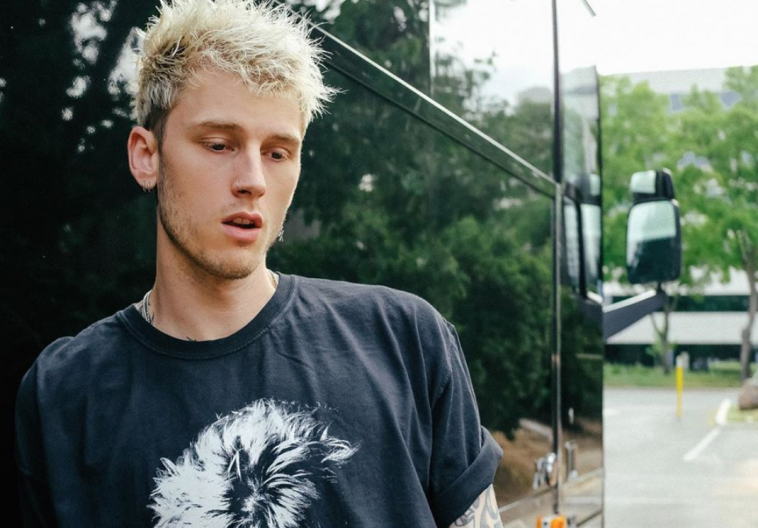 Machine Gun Kelly has now revealed the title of his upcoming pop-punk album which is set to be released this year. The album, which is something a bit different than Kelly has released in the past, is titled Tickets To My Downfall.

The project was previewed by MGK’s single “Why Are You Here” when he announced that he was making it back in late 2019. It has also been confirmed that Travis Barker has produced the LP.

The two worked together on Kelly’s track “I Think I’m OKAY” along with Yungblud. MGK has been posting studio clips over the past few weeks and labeled many of the posts “the untitled pop-punk album.” This was how countless fans referred to the project over the past month or so.

The Ohio rapper has been breaking down barriers of the music industry by dabbling in multiple genres for years now. This upcoming project is not the first time Kelly has stepped outside his comfort zone. Back in 2016, MGK collaborated with Camila Cabello for the smash hit and pop track “Bad Things.”

Fans have mixed feelings about Machine Gun Kelly taking a step back from rap to focus on this project. Many are questioning if he will return to the rap game or continue to experiment with this new sound for a bit longer than he originally intended. However, the overall reaction has been overwhelmingly positive.

During the summer of 2019, he tweeted: “Ten years later, people still don’t understand this one simple fact: you can’t box me into one genre.” This is something hardcore fans of MGK have both accepted and gotten excited about throughout the past decade.

If one thing is certain, Machine Gun Kelly is waiting to surprise music fans around the world with his ability to impress and succeed within any genre yet again.