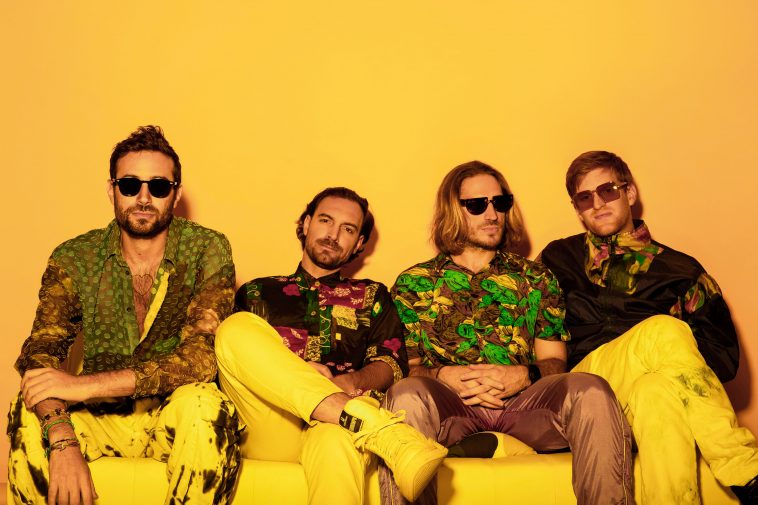 Collective, record label, and event series Scenarios kicks off the year of 2023 with a release of a club banger titled “Side By Side,” produced by founding crew members MAGA, Sean Doron, Emanuel Satie, and Tim Engelhardt. The single marks another delectable offering of immersive, avant-garde house music from the burgeoning imprint, which continues to carve itself a reputation as one of the most exciting labels on the international house music circuit.

“Side By Side” is an uncompromising blend of hypnotic kicks, whirring synth lines and exquisitely layered samples. A refined production with a mesmerising groove that drives the record across its duration, “Side By Side” captivates from the off and sees the four Scenarios artists add to the label’s flourishing catalogue with yet another seismic dancefloor weapon.

The track is filled with Scenarios signature theme: it’s groovy, catchy, yet not totally mainstream, it has its own personality, and surprises with unexpected hooks, and drops. “Side By Side” sees the collective displays their mature and fresh sonic approach, as they stay authentic to their sounds.

Make sure to stream “Side By Side” from Scenarios’ artists MAGA, Sean Doron, Emanuel Satie, and Tim Engelhardt below:

About Scenarios (press release)
Scenarios is both a record label and a collective of five individual artists who represent the moment. The participating artists include Maga, Sean Doron, Yulia Niko, Tim Engelhardt and Emmanuel Satie. Together, Scenarios is united in its shared beliefs, dynamic and outlook.

They represent a new generation of artists that function as a whole, while still maintaining each
artist’s individuality. The collective creates and implements a unique genre of music and offers an unparalleled event experience that characterizes a novel approach to the world of music and events. Scenarios’ goal is to give their collective a distinctive feel, while also playing the music on their label. Their events offer a different approach to experiencing a night out, which is clearly showcased in a lively and detailed aesthetic – in branding, visual language, releases, event invitations, and the scenery and design of the events themselves.