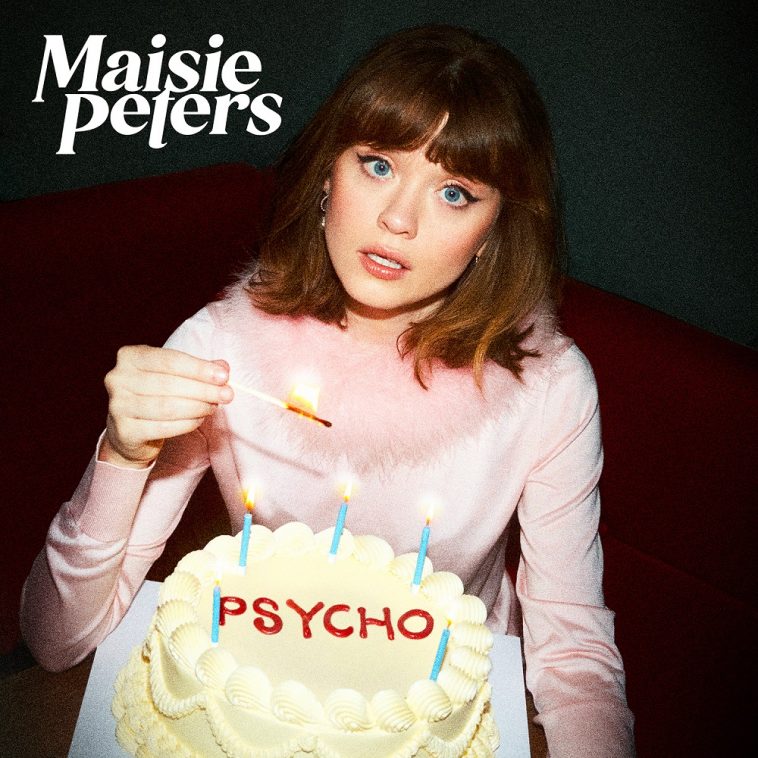 Rising singer-songwriter Maisie Peters has unveiled her new single ‘Psycho’, the latest cut from her forthcoming debut album You Signed Up For This.

Receiving its first play on Zane Lowe’s New Music Daily Radio, ‘Psycho’ was co-written by Maisie along with Ed Sheeran and Steve Mac and is Maisie’s first release since signing to Ed’s Gingerbread Man Records.

‘Psycho’ sees Maisie explore and reflect on toxic relationships and gaslighting exes. Laced with an infectious energy and punchy production, ‘Psycho’ is instantly catchy and will no doubt resonate with anyone who’s been on the receiving end of toxic behaviour in a relationship.

Speaking about the track, Maisie said: “‘Psycho’ tells a dramatic story of someone whose lies catch up to them, and who seem to feel very little when they hurt other people. I think this is something near enough everyone in the world can relate to, myself included.”

The track comes accompanied by an incredible music video which perfectly captures, in Maisie’s words, the “feral girl summer” vision. Co-written by Maisie and director Louis Bhose, the visual sees the singer-songwriter put a sensational masterplan into action as she confuses her cheating ex by enlisting a rotating group of women to play her.

‘Psycho’ is the second track to be taken from Maisie’s highly anticipated debut album You Signed Up For This, which is due for release on August 27. The album will also include her previous single ‘John Hughes Movie’ and is available to pre-order now.

In addition to working on her debut album, Maisie also wrote and curated the soundtrack album for season two of the Apple TV+ original series Trying. The album features original songs written and performed by Maisie, with features from the likes of James Bay, Griff and Bear’s Den.