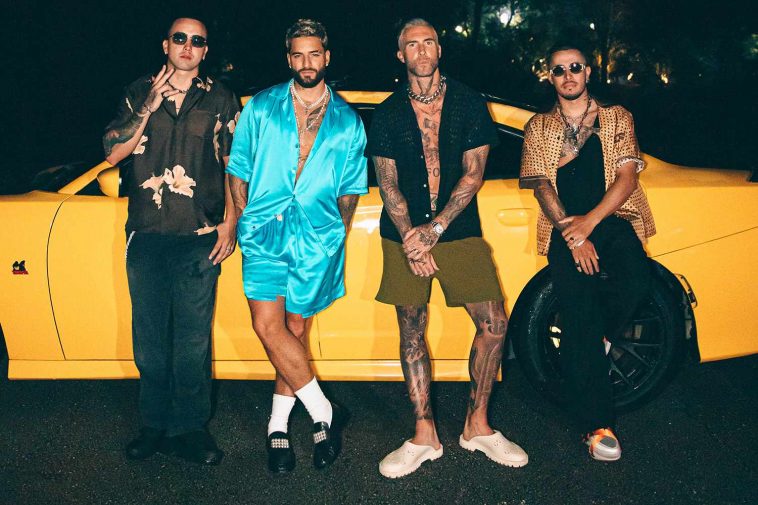 Merging Maluma’s sensual lyrics with Adam’s iconic tone and melodies, the laid-back track signals something of a shift towards a new sonic territory for the ‘Tsunami’ singer, building on the same style and sound as previously explored on recent single release ‘Juno’, which the 28-year-old Colombian performed live for the first time at last months Billboard Latin Music Awards in Miami.

Having long wished to explore his love for Latin music and culture following years of touring Latin America, Adam Levine and his Maroon 5 bandmates experimented with elements of the genre on a track recorded for their most recent album, ‘JORDI’. Featuring Anuel AA and Tainy, the melodic groove of ’Button’ is said to have further sparked the stars desire to sing in Spanish on a Latin record.

Watch the official music video for ‘Ojalá’ below:

‘Ojalá’ is available to download / stream on all major digital platforms now.

Let us know your thoughts on Maluma & Adam Levine over on Twitter @CelebMix now!