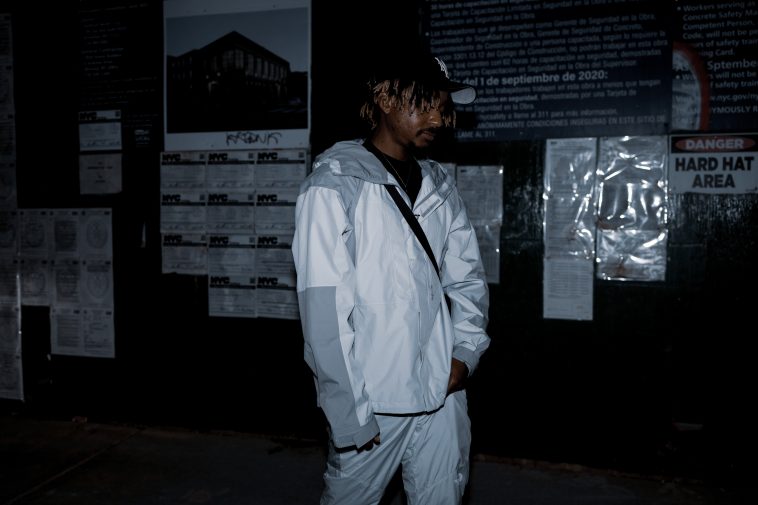 Marley Pitch, real name Pakamile Marley Kuuya, is a rising hip-hop artist who was born in Atlanta, Georgia but has mainly lived most of his life in various cities in North Carolina. He is making his name known in the industry with his relaxed flow and his ability to meld genres together, this pairs well with his storytelling lyrics and visionary wordplay. He first started songwriting at 11 years old and has continued to use his abilities ever since. This singer-songwriter has gone through a handful of star names until, ultimately, landing on Marley Pitch, with the first part of his name being his middle name that his parents gifted him with at birth. He dropped his debut single, “Habits”, in 2017, and has shown the incredible force he is in the music industry, with his track “Hours Upon Seconds” going viral and hitting over a million streams.

As for Justice Der, he is a guitarist and producer from Toronto and has worked with Marley Pitch a number of times and they are even in a group together named Call More, alongside Rachel Bobbitt. His music has racked up millions of Spotify streams, with “Self Control” being his most-streamed track at 9.8 million streams, whilst “Passionfruit” is following just behind with 8.5 million. Making music is something he clearly knows how to do and he is hugely passionate in doing so.

Written by Justice Der and Pakamile Marley Kuuya, “Broken” effortlessly mixes rap with R&B creating a hip-hop-infused sound that is like no other which is probably attested to the sprinkle of rock, reggae, and jazz as well as the unforgettable wordflow and melodies. Marley Pitch showcases his relaxed rapping energy as he opens up about himself and his depression. He delves deep into a dark theme with the chorus focusing on prescription drugs, and his transparency continues, allowing him to self-reflect, which is beyond inspiring as knowing that one is hurting is always the first step.

“‘Broken’ is the first single from my forthcoming collaboration album with instrumentalist and producer Justice Der. ‘Broken’ truly encapsulates the depression and introspection we expressed throughout the whole album. Sonically this record predominantly pulls from 90’s rap/R&B but straddles the line with reggae, alternative rock and acid jazz,” Marley Pitch said about the track. He continued by describing the song, saying, “‘Broken’ is the moment I accept the good, bad and the ugly in myself. Depression isn’t a new topic in my music but this is the most transparent I’ve been about it. The hook is speaking to prescription drug abuse and thoughts of suicide mainly.”

As for the music video, which was directed by Marley Pitch with Dana Verdecchio acting as director of photography and video editor, we watch a chilled day with Marley Pitch as he raps and takes his girl out on a date. There are plenty of great performance scenes from the rooftop shot to the head-out-of-the-back-window shot. Marley Pitch connects with the track on all levels, trying to showcase that he’s hurting inside, whilst not showing that on the outside.

Watch the music video to the track here:

Let us know what you make of “Broken” over on Twitter @CelebMix.