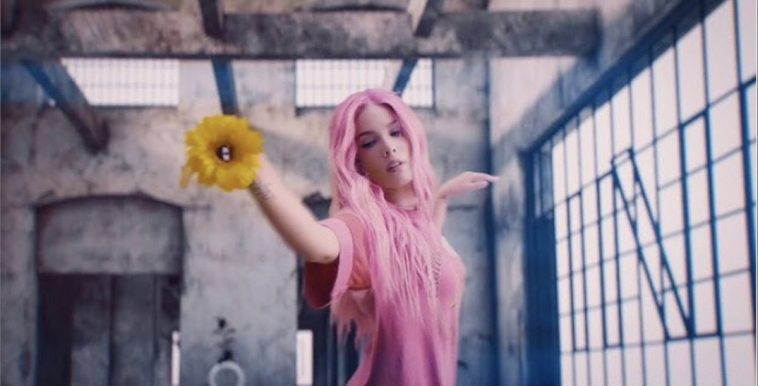 Marshmello and Halsey have unveiled a captivating music video for their EDM collaboration, ‘Be Kind’.

Directed by Hannah Lux Davis, who previously directed Marshmello’s ‘Friends’ and Halsey’s ‘Nightmare’ visual, the video for ‘Be Kind’ is a dreamy offering which was creatively filmed during the COVID-19 lockdown.

The visual focuses on Halsey dancing her way through three different worlds. Her contemporary routine begins in an abandoned building, before she is transported to a street filled with cherry blossom trees. The delightful cherry blossoms follow Halsey to her final location, as she dances in a flower-filled park.

Marshmello makes a few cameos throughout, however, Halsey is the star of the show as the showcases beautiful choreography. According to Billboard, she learned the choreography through FaceTime and it’s safe to say that she did a stellar job of portraying the emotion of the song through dance.

Check out the music video for ‘Be Kind’ below.

Since its release, ‘Be Kind’ has amassed over 100 million streams on Spotify and has charted in countries including the USA, UK, Australia, New Zealand, Belgium, and Canada. Two remixes of the track have also been released by Surf Mesa and Jacques Lu Cont.

Earlier this week, Halsey also announced that she will be releasing her very first poetry collection very soon. Titled “I Would Leave Me If I Could”, the collection is available to pre-order now.

What do you think of Marshmello and Halsey’s music video for ‘Be Kind’? Let us know on Twitter @CelebMix