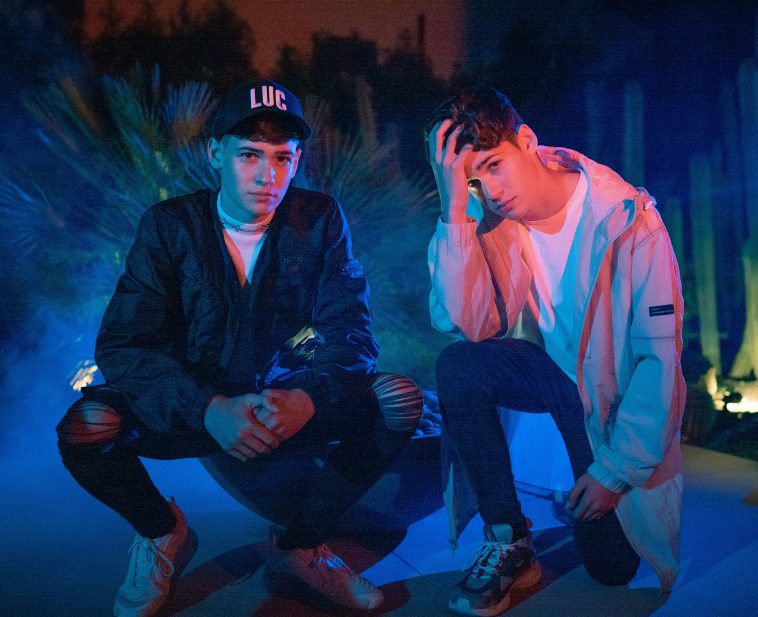 Heading out on the road this month, Max & Harvey prepare to follow up recent success on The X Factor Celebrity.

Kicking off the headline tour at London’s O2 Academy Islington, the twins will then stop off in Birmingham, Manchester, Glasgow, Newcastle and Bristol between the 16th and 23rd of February. Fellow social media star and singer Jenna Raine has also been confirmed as support act.

Readying their own upbeat pop such as ‘Trade Hearts’ and ‘Stranger‘, as well as successful X Factor covers including ‘Kiss You’ and ‘Can’t Hold Us’, tickets for the tour have been flying.

A personal invitation to The X Factor’s revamped show last year from Simon Cowell saw Max & Harvey fly into second place to build their social media empire to over 1 million followers on Instagram and 6 million on TikTok. Max & Harvey featured on CelebMix’s Ones to Watch for 2020 and spoke to us back in 2017.

Tickets for the ‘Don’t Be A Stranger’ tour are still available in Birmingham on February 17th and Glasgow on February 20th. Head over to maxandharveyoffical.com for more.

Will you be catching Max & Harvey on their U.K. tour? Let us know @CelebMix on Twitter.