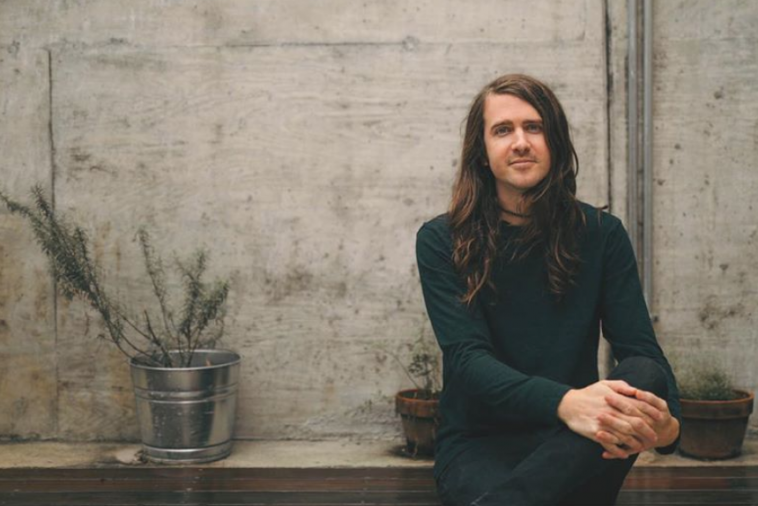 After over a decade of making music and touring with Mayday Parade, Derek Sanders has now made his debut as a solo artist by releasing an EP, My Rock and Roll Heart, on Valentine’s Day.

With nostalgia radiating throughout the five-song project, listeners are able to get an idea of exactly how the singer sounds from a new perspective. And it’s no secret why Sanders released this on the day of love. The EP, made up of acoustic covers of some of his favorite songs during his teenage years, provides fans with the opportunity to learn more about what he personally resonates with as both an artist and person. With stripped back vocals and instrumentals, the project’s structure allows Mayday Parade’s frontman to briefly return back to his roots.

Sanders connects the majority of this EP to the woman who most likely inspired it all: his wife. It’s clear that the covered and redone tracks on this project weren’t just picked out of nowhere. Each one connects with the memories he created growing up and therefore holds a special place in his heart. One specifically, “But Lauren,” is a track from Goodbye Love: a band from Sanders’ hometown: Tallahassee. His reworked version of the track was originally created as a gift for his wife on Valentine’s Day and now has been shared with the world.

Sanders creates an experience for listeners through each song on My Rock and Roll Heart. Fans are taken on a journey through his world at one time. Without certain songs and the influence of specific artists, there is no telling what Sanders would have been creating. The passion and connection that he has to these songs simply shines through as a result.

The EP includes covers of songs by Saves The Day, Jimmy Eat World, Something Corporate and others. Sanders steps back from any heavy production and returns back to singing with his acoustic guitar. And while fans are eager to hear some original tracks from the now solo artist, it does not seem as though this is the last time they will be hearing from him.

Listen to My Rock and Roll Heart here.