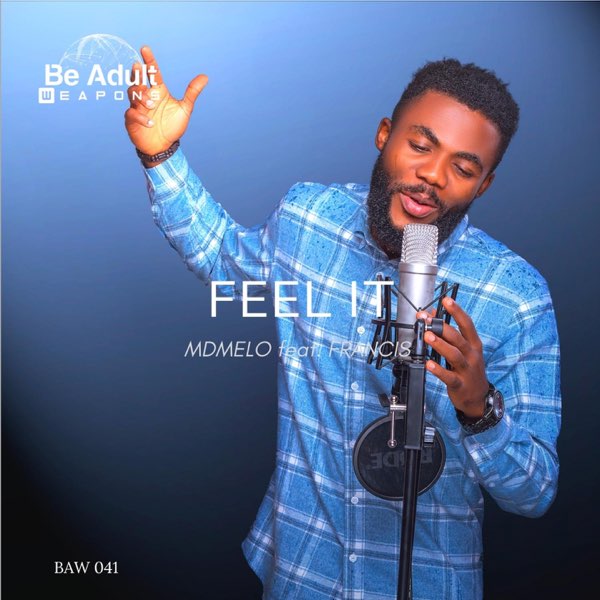 In a collaboration like no other, MDMelo impresses with his latest album “Feel It” which features Francis. Mixing in a modern electronic twist to Francis’ soulful vocals, MDMelo totally brings it for this album and with the three music videos that have been dropped in promotion of the album, with the “Your Love” music video released just hours ago. This follows up MDMelo’s collaboration EP with Deep Fresh for “Too Late Now” which also features Francis.

MDMelo, real name Manuel de Melo, started DJing and producing music at just 15 in 1980 and he developed his abilities and ended up as a resident DJ at D. Pedro, three years later. In 1985, he moved to America for a sound engineering course; he later obtained an electronics degree from Cambridge, UK. Upon moving back to Portugal, he focused on his professional career and set up an electronics consultancy company. He returned to DJing in 2016 which built up his inspiration and his music aspirations, which led him, currently, to produce and officially release music while running a video game company. MDMelo soon discovered Francis through a freelance connection and they have continued to work together collaboratively, making a brilliant team as YouTube views and Spotify streams easily showcase. Francis Eluoso is a Nigerian singer-songwriter who has an incredible soul, not just in his vocals, but within himself too, and these tracks easily prove just that.

This album is clearly influenced by a variety of genres with MDMelo continuing to recreate reminiscent sounds and vibes from the 80s twisted into an electronic modern vibe, whilst Francis’ vocals dig deep into the soul era giving raw talent and honest emotional integrity. The title track “Feel It” is a total testament to the entire album, bringing in funky chords and mixing them with Francis’ strong soulful vocals, and creating this addicting unstoppable song that you won’t be able to get out of your head. Various other songs follow suit in the album including “High On You”, “It’s You” and “Over The Moon”. Each track is unique in its own right, no more so than “Want You” which adds an orchestra variety of sounds to the track including percussion, strings, brass, and woodwind in a mixed concoction that melds well with contemporary EDM and effortless honest vocals from Francis. “Your Love” leans more into the electronic sound whilst “Spell on Me” brings a gospel-vibe vocal mixed with an indie-pop style. If anything, this album really allows Francis, and his absolutely outstanding vocals, to shine, and shine is exactly what he does with MDMelo throwing everything on the table and producing pure magic.

Talking about the album, MDMelo said: “’Feel It’, featuring Francis, is a breakthrough for me; it was a long-term project which focuses on production, composition, harmony, groove, and sonics. My main objective is to make sure that Francis gets the notoriety he deserves; he transformed my music world.”

To date, three music videos have been released, all of which can be viewed below. In the past 24 hours, MDMelo has dropped his brand new music video for his album track “Your Love” featuring Francis. The music videos bring something different to the table whilst easily emphasising the positivity of the songs’ lyrics. The title music video, “Feel It”, spreads a tonne of positivity with the combination of visuals which sees various people dancing to the track and totally vibing to the beat. “Want You” explores the coastline and shows off how people enjoy the beach showcasing how this track is perfect for the summer and definitely set to be added to beach party playlists.

The latest visual that has been dropped, “Your Love”, combines the concepts of the previous two music videos whilst injecting a slight narrative into the video allowing the viewers to follow various groups of friends and watch them celebrate their love for one another – their friendship for one another. Some of the scenes are reflected from the previous music videos, showcasing sparklers on the beach and dancing, yet the narrative has captured the engagement of the viewers in every way.

Check out the music videos for “Feel It”, “Want You”, and “Your Love” by MDMelo featuring Francis here:

“Feel It” by MDMelo featuring Francis is available to download and stream right now on all platforms, through Be Adult Weapons Music Records. We expect more collaborations from these two in the near future.

Let us know your thoughts on MDMelo’s album “Feel It” featuring Francis on Twitter @CelebMix.