There are no spoilers in the following article.

Are you are new to the plot of Me Before You? Then first of all, you are missing out. Second of all, the following summary is provided on Jojo Meyes’ official website.

Louisa Clark is an ordinary girl living an exceedingly ordinary life—steady boyfriend, close family—who has barely been farther afield than her tiny village. She takes a badly needed job working for ex-Master of the Universe Will Traynor, who is wheelchair-bound after an accident. Will has always lived a huge life—big deals, extreme sports, worldwide travel—and he is not interested in exploring a new one.

Will is acerbic, moody, bossy—but Lou refuses to treat him with kid gloves, and soon his happiness means more to her than she expected. When she learns that Will has shocking plans of his own, Lou sets out to show him that life is still worth living.

Me Before You brings to life two people who couldn’t have less in common—a heartbreakingly romantic novel that asks, What do you do when making the person you love happy also means breaking your own heart?

In the film adaptation, Louisa Clark and Will Traynor were played by Emilia Clarke and Sam Claflin, respectively. Both actress and actor were perfect fits for their characters. The chemistry between Lou and Will in the film was untouchable, and we applaud Clarke and Claflin for falling easily into the roles they had set out for them. Me Before You had audience members touched, moved, and inspired. More than that, Me Before You caused emotional breakdowns in the cinema restrooms after the credits had passed.

Prepare to laugh, cry, and love Me Before You. The emotional phenomenon hits theaters June 3rd. #LiveBoldly

Although I will refrain myself at best from waxing poetry about the film, I would like it be known that I have only good things to say. Within the two hours of watching the film, I was under the impression that I, myself, was part of the movie, because it was hard not to be fully engaged and 100% invested in the story as the plot rolls out. Other than amazing talent, the soundtrack brought the movie even further to life. Every single actor, actress, director, member, and person involved in the creation of this film completed their job to the best of their ability, and it shows.

Some fans were upset that certain scenes from the novel were excluded or reinvented in the film, but it should be said and accepted that not all moments can be extracted from a book and turned into a movie scene. Critics also had many words to say about the ending of the film and the fate that was set out for Louisa and Will. No spoilers will be given out in this paragraph, but it will just be said that the ending of the novel and the film was not meant to encourage negative outlooks from people who suffer disabilities. Instead the message that should be drawn from Me Before You is: “Just live well. Just live.” We are given choices to make and paths to take in our lives, and it’s up to us to determine what action and what move to put into play. Despite the losses and critiques, Me Before You was an absolute win. 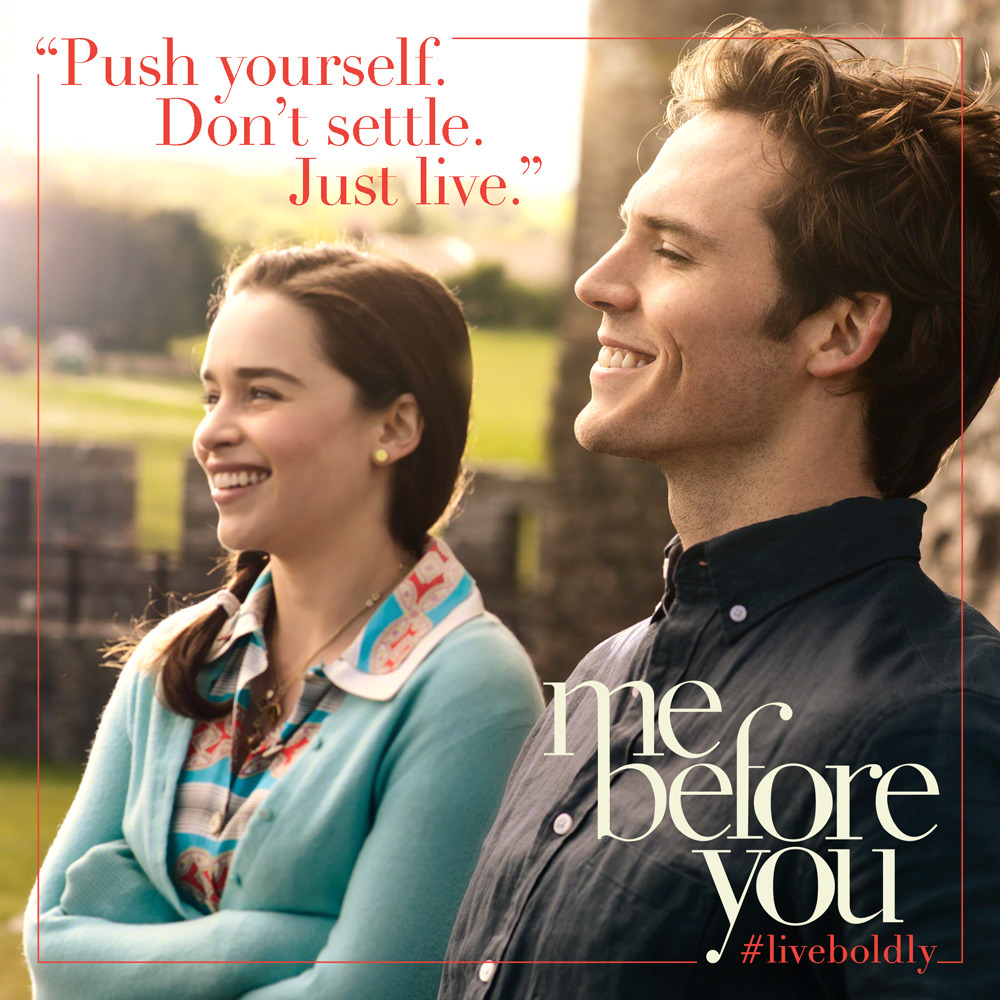 Do you want to be inspired? Watch Me Before You.

Do you want to experience heartbreak? Watch Me Before You.

Do you want to experience love? Watch Me Before You.

Do you want to be both physically and emotionally moved? Me Before You.

Do you want to live boldly? Me Before You.

I can personally vouch that Me Before You opened my eyes to experiences and people that I have never seen or touched before. Leaving the theaters after the credits rolled – with used tissues in my hand, mind you – I took many lessons with me. I can go on and on about how I am newly motivated to find love, travel somewhere new, get into a fight, stand up for myself, help someone be happy, change a life, but I will allow the words of Will Traynor to say it for me:

You only get one life. It’s actually your duty to live it as fully as possible.

If you were having doubts about seeing the film or reading the novel, don’t. Buy a movie ticket now. Open the book now. Don’t waste any moment of your life hesitating about what you should and shouldn’t do. Any desire you have is worth chasing.

Watch the trailer below if you haven’t already. Make sure to share this article with the hashtags “#liveboldly” and “#MeBeforeYou” so your friends will know what they are missing out on. Tweet @CelebMix your own personal reactions to the Me Before You film and we’d be happy to cry, laugh, and relive the journey of Louisa Clark and Will Traynor with you.