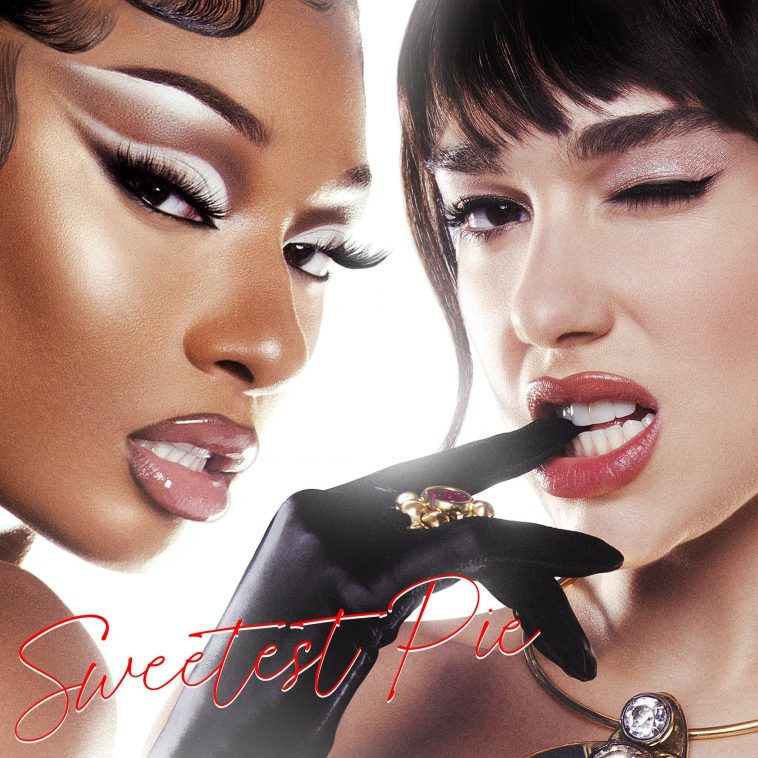 It’s the merging of the Hot Girl Coach and Female Alpha, as Megan Thee Stallion and Dua Lipa have announced their long-awaited collaboration “Sweetest Pie” coming this Friday (11th March.)

The duo sent the internet into a frenzy after Dua took to her socials to drop a teaser of the track, where Megan can be heard exclaiming her infamous tagline “real hot girl sh*t” followed by “me and dua lipa finna make the party lit” on top of an infectious dance beat.

The track will undoubtedly become a summer anthem, as both artists have seen incredible success over the last two years. Following her multi-platinum debut album, Dua Lipa dropped her phenomenal sophomore album Future Nostalgia, which saw her claim the BRIT Award for Album of the Year in 2021, and a Grammy for Best Pop Vocal Album. The project also spawned multiple hit singles such as Don’t Start Now, Physical and Levitating. Future Nostalgia has reached more than 7.7 billion streams on Spotify.

Megan Thee Stallion has also reached superstar status in recent years. Megan reached global fame in 2020 after her track Savage went viral on TikTok. Following on the dance trend, she released the Savage Remix featuring Queen B, Beyoncé. The hit single reached Number 3 in the UK, while over in America, the track headed to Number One on the Billboard Hot 100.

Megan continued her reign over the industry with her feat on the Cardi B track ‘WAP’ which topped the Hot 100 for four weeks. She also went on to receive four Grammy nominations in 2020, winning three of those including ‘Best New Artist’ becoming only the second female rapper to ever win in this category after Lauryn Hill in 1999. Megan has since also graduated college with a Bachelor of Science in Health Administration.

Dua Lipa is currently on her North American leg of the Future Nostalgia tour, where Megan Thee Stallion will support her for three days in Denver, Tulsa, and Phoenix. We have a sneaking suspicion that the duo will debut the performance live on tour for lucky fans across these three nights.

You can pre-save Sweetest Pie here. For all the latest on Megan Thee Stallion and Dua Lipa, make sure you’re following the CelebMix accounts!