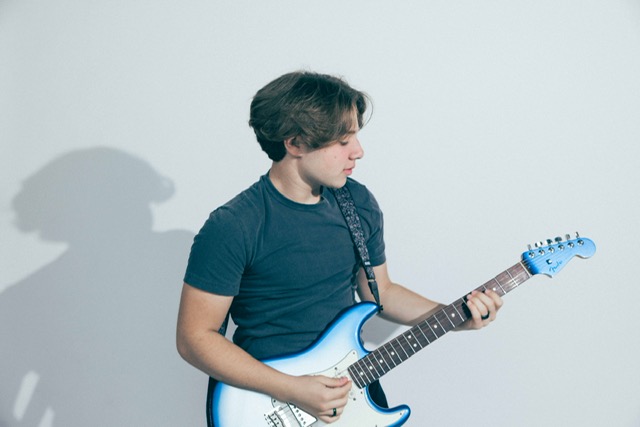 With the New Year, many of us aspire to make changes in our lives. Whether it is as small as getting up an hour earlier or something big like a complete career shift, we all seek to uncover personal evolution and growth. Michael Eddy understands that progression well as he has matured tremendously in his craft. An actor, singer/songwriter and multi-instrumentalist, the versatile teen sports many hats. Eddy’s latest release “small towns” focuses on frequently flourishing through profound transformations and new experiences. The powerful pop anthem inspires listeners to go after what they want while also remaining true to their roots. With swift acoustic guitar, punchy drums and effortless, emotive vocals the song is sure to sweep you up.

The video mimics the track’s pure sense of positivity. As Eddy’s face flips from anime to a character aesthetic, there is a fun and playful energy throughout. The band is jamming on stage and their carefree bliss is infectious. Concluding with him, eyes closed, lying back on the couch a delightful sense of satisfaction is captured.

The young Los Angeles talent has an adept gift for storytelling. His vivid lyrics paired with his smooth tone are a winning combination. Influenced by greats like Red Hot Chili Peppers and Marvin Gaye, his riveting pop/rock style is spiked with a soulful air. Eddy also exudes a warm and welcoming spirit through his strong ties to family and community. “small towns” is a testament to that connection.