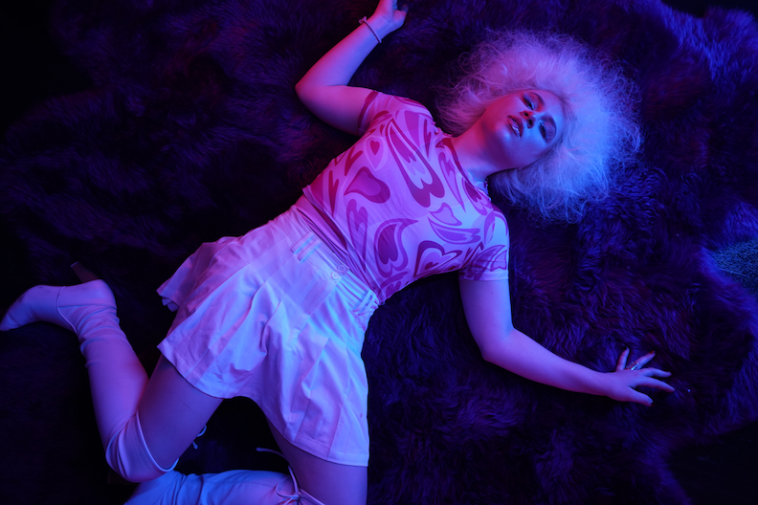 Indie electronic artist Michèle Ducray has just released her “pop horror” single “Manifesto” with accompanying visuals. The stunning track is the first of the year from the New Zealand based multi-faceted artist.

“Manifesto” tells the story of a young and innocent looking woman who starts to date a serial killer, much to her surprise. She fights back though and enacts her own revenge. Ducray confides, “The song and visuals are quite thriller-based and one that the listener sees unfold, switching their perceptions on right and wrong. I wanted to create something that depicted an apparently “naive” woman getting caught up in a serial killer’s web, however, she’s actually kind of a badass and he ends up becoming one of her victims (as she hunts the bad guys, so to say).” The music video is a suspenseful and visually fantastical experience complete with an enticing story of good overcoming evil. Ducray’s affinity towards imaginative narratives and true crime is highlighted in this one-of-a-kind viewing and listening experience.

Michèle Ducray is a captivating new artist on the rise with her euphoric blend of dark synth pop and silky electronica. “Manifesto” follows her debut existential dark pop single “Midnight” released last year. With a thoughtful approach to songwriting and a uniquely cinematic sonic expression, we can’t wait to hear what is next from this exciting newcomer.