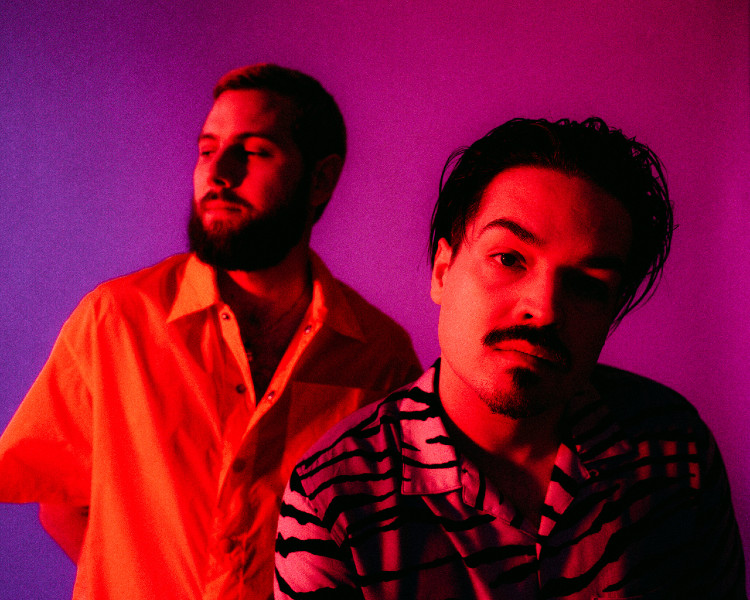 Talking about “Colorado,” Milky Chance shares, “This song is about turning lows into highs. When you’re feeling down, there is always one thing you can count on and that is getting high with your friends. Life gets overwhelming, and sometimes you have to push away your sorrow and get back to it tomorrow.”

Made up of Clemens Rehbein (guitar, vocals) and Phillip Dausch (bass, percussion), the twosome burst onto the music scene in 2013, releasing their red-hot hit “Stolen Dance,” which topped Billboard’s Alternative chart. The song’s popularity surprised the pair because it had been recorded in Rehbein’s home and then uploaded to YouTube.

Since then, Milky Chance has collected millions of streams and dropped three LPs. Right now, they are preparing to tour Germany, doing a bunch of Picnic shows, followed by traveling to the U.S. to start their North American tour at Bottlerock. They will finish their three-month stint in the states at Mission Ballroom in Denver.

Advocates of sustainability and protecting the environment, Milky Chance plant trees while on tour, thus offsetting their carbon footprint, along with working with organizations like Music Declares Emergency and Action For Conversation.

Unlike their previous singles, featuring reggae flavors, “Colorado” takes off in a new musical direction, blending punk-lite guitars with alt-rock and alt-pop savors.

CelebMix spoke with Milky Chance to find out more about the duo, how they met, their influences, and how they keep their sound fresh.

What inspired your new single, “Colorado?”

That feeling when everything’s getting too emotionally overwhelming, and you just need to escape reality for at least one night. It’s about dealing with the feeling of being heartbroken in an effective but not enduring way. Sometimes you have to push away all trouble and sorrow and get back to it tomorrow.

How did you two get together?

We met in high school in 2009. The first day we met, we started hanging out at Phil’s place jamming all day long. From that moment, we kept doing it almost every day until today, really!

You’re based in Berlin, Germany. What’s the music scene like in Berlin?

I think the music scene is very colorful just like the city itself. I feel like there’s a place for everyone here no matter what niche you wanna be in or find yourself comfortable with. I feel like you can do pretty much any music you wanna do and you’ll find good company to do it with and also people who are open to give it a listen.

We both started playing guitar at a young age. Then we met in high school and just spent a lot of time doing music with our friends. We played in different bands diving into different genres but also went clubbing a lot. I think that’s the backstory to the analog hand-made but also digital electronic sound we have.

Which musicians/vocalists/producers influenced you the most?

There are just soooo many out there especially nowadays and we feel like we get inspired by so many that it’s really hard to pick one. That’s maybe also something that formed the sound we have. We always like to get inspired no matter what genre or artist. Sometimes it’s just that one line of that one song of that one artist that gave you the inspiration to write a whole song.

Always be open to trying out new things. work together with other people to get inspired differently, be open to learning from other people, be open to pushing yourself somewhere you haven’t been before, maybe you’ll like it even better, and if not it’s still worth trying.

You’re getting ready to hit the road. What kind of preparations are you making?

Well, we gonna start rehearsing pretty soon. It’s been a while since being on stage. But I think we’ll get used to it again pretty fast.

Might sound a bit dramatic but to keep stayin’ alive basically. I think we all need a way to cope with all the crazy things happening in this crazy world. For us it is music.

We spend a lot of time in the studio creating new music and we gonna continue doing that. At the same time, we start releasing it now, which is pretty exciting. But this won’t be the last song we gonna release this year and definitely, there’ll be an album coming next year!