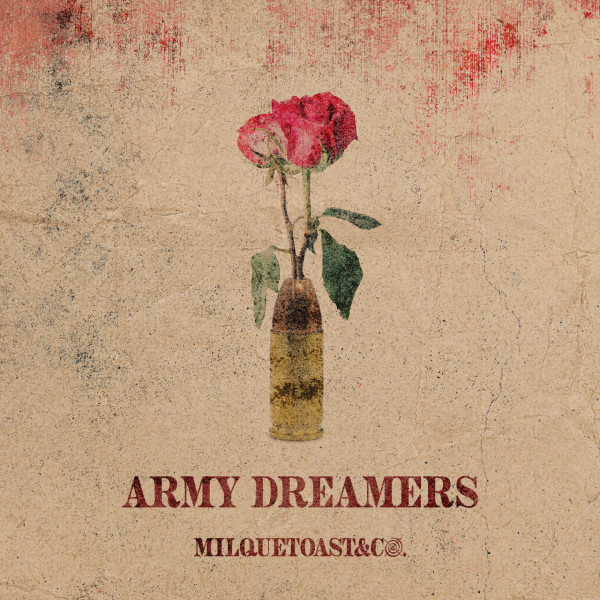 Denver, Colorado-based sextet Milquetoast & Co. drops their imaginative version of Kate Bush’s “Army Dreamers,” a song about a woman’s grief and guilt over the death of her son, who died in the army.

Originally based in Boston, the band released three albums and then separated for a procession of “it seemed like a good idea at the time” reasons, including parenthood and traveling the world. Once time and circumstances realigned, the band reconstructed in the heart of the Rocky Mountains.

Milquetoast & Co.’s sound blends elements of Americana, rock, and blues with hints of pomp and pageantry, embracing themes of life, joy, sorrow, and the complexity of human relationships.

“Army Dreamers” opens on undulating layers of buttery, melancholic tones. Pervaded by a wistful feeling, the tune merges leitmotifs of alt-pop, blues, and alt-rock-lite as dreamy vocals and haunting harmonies imbue the lyrics with apologetic savors.

“Mommy’s little army boy is coming home from BFPO / Picked a bunch of purple flowers to decorate Mommy’s hero / Mourning in the aerodrome, the weather-warmer but he is colder / Four men in uniform to carry home her little soldier.”

The mother’s regret and onus of self-reproach are revealed as she reflects on what she should and could have done.