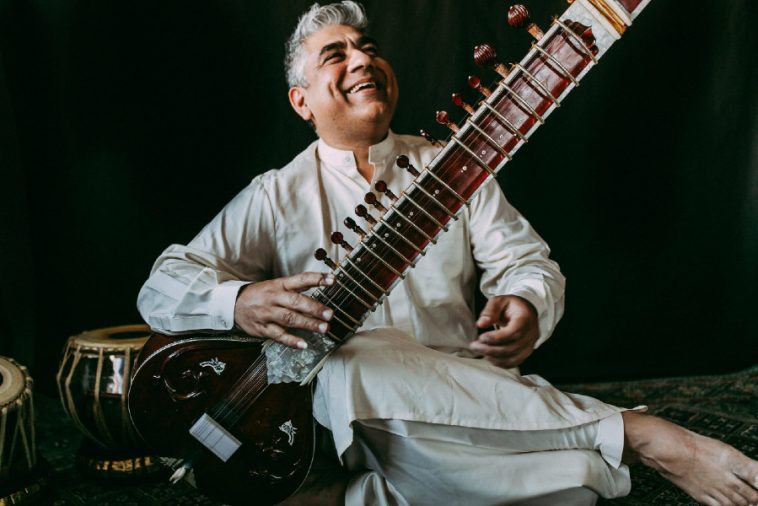 On Wayfinder, Assani merges traditional instruments such as sitar, table, mridangam, kanjira, and mbira with vocals and electronic sounds, yet avoids the all-too-common trap of coming across as kitschy and tasteless. He accomplishes this through the imaginative utilization of elements of Indian/Pakistani Classical, Middle Eastern music, jazz, funk, Western harmony, and ambient music.

Highlights on the album include “Black Sugar,” mixing R&B savors with seductive arpeggios; the percussive filled “Darbari Dub;” the electronic movement of “Transit;” the gorgeous “Lullaby for Guli;” and the effervescent “Khusro’s Footsteps.”

“Awakening” opens on a low-slung thrumming rhythm topped by the gleaming, exotic tones of the sitar, infusing the tune with lush mysterious resonance as new-age keyboards, harmoniums, and raja whirrs amalgamate. The throbbing pulsation of the kick-drum, akin to a beating heart, gives the tune a contagious cadence.

As the song proceeds, the rhythm takes on syncopation, melding a variety of percussive accents, which expand the tune’s metrical flow. Juxtaposed against the pulsing beats, the scintillating notes of the sitar imbue the harmonics with lustrous washes of leitmotifs, attaining almost frenetic energy at some points.

The video, directed by Dallas Sauer, shot live on location in Metro Vancouver, depicts Assani seated on a blanket in a meadow as dancers provide free-form interpretations of the music engulfing them, capturing the spirit of the song. As the sun begins to set in the background, the song assumes frantic energy and wildness.