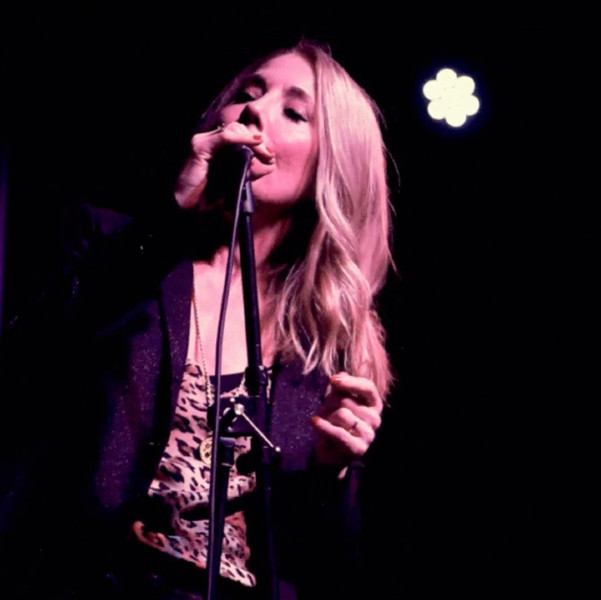 Francesca, along with Charlie Midnight and Grammy-winner Marc Swersky, wrote “Trust In Me” thirty years ago. The song was recorded by Joe Cocker and Sass Jordan for the Grammy-winning soundtrack to The Bodyguard, which is the bestselling soundtrack ever – more than 45 million sold around the world.

Along with “Trust In Me,” the album includes songs from her 1991 self-titled album and 2006’s Dreamworld. Her self-titled debut album collected vast praise from Rolling Stone, The New Yorker, and People Magazine, along with ‘Artist of the Month” from VH1, followed by performing on The Tonight Show and touring with Michael Bolton.

Entry points on Francesca Beghe Live embrace her gospel-laced version of “Let Your Spirit Fly,” “One World,” Patti Smith’s “People Have the Power,” and “No Use Talkin’,” which was co-written by Cindy Bullens and appeared in the movie, Double Jeopardy, starring Ashley Judd and Tommy Lee Jones.

Francesca began her career in the ‘80s, playing in Manhattan’s club scene, followed by fronting a band and then going solo with “Trust In Me,” resulting in a publishing contract with EMI Publishing. Originally recorded by Joe Cocker on his album Unchain My Heart, “Trust In Me” was selected by Kevin Costner for the soundtrack to The Bodyguard, which crowned Billboard’s Top 200 for five months.

“Trust In Me” opens on gleaming piano and bluesy guitar flavors. A compelling rock rhythm infuses the tune with galvanizing, undulating energy as Francesca’s voice, rife with delicious, passionate coloration imbues the lyrics with swanky timbres, highlighting the posh evocative tones of her voice.

Brimming with swaggering blues-rock zest, “Trust In Me” rolls out on electrifying waves of harmonics, capped by the crème de la crème voice of Francesca Beghe.