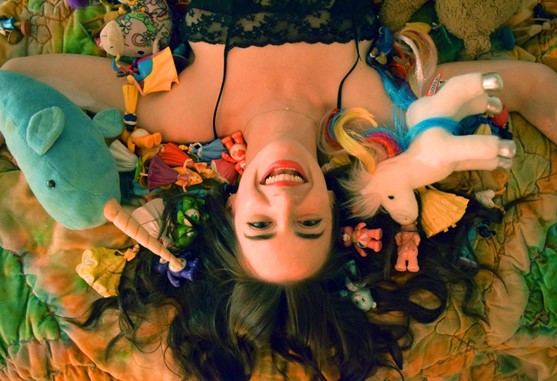 New York-based MeMo introduces her new single, “Worth,” a track lifted from her upcoming album, Business of Healing, slated for release on April 29.

Talking about the song, MeMo shares, “From feeling ‘Untouchable’ to now knowing one’s value, ‘Worth’ exemplifies perhaps the entire journey of the album ‘Business of Healing’ and the 15 years of growth it represents. No longer willing to stay small, ‘Worth’ shouts, ‘Claim who you are and accept nothing less than your full worth from everyone (especially the romantic prospects) in your life!’”

MeMo, aka Morgan Lynch, first came to attention as the frontwoman of the Brooklyn-based band Teen Girl Scientist Monthly, a pop/jangle-punk outfit. In 2013, she started performing as MeMo, which blends her birth name, Meghan, and professional name, Morgan.

The MeMo project began as just a girl and her piano but soon grew to encompass anywhere from five to nine musicians, now called MeMo and Friends. With influences ranging from Motown to Irish pub music, MeMo describes her sound as “Fiona Apple on a light cocktail of amphetamines and Prozac.”

According to MeMo, “Art to me, especially music, is an act of healing. And healing is the act of coming home. Coming home to yourself. Your true self. The little nugget that came into this world before life stepped in and shaped and molded you into the version you thought you should be. Or perhaps the version you had to be in order to be protected- in order to survive. But the act of healing is to feel safe enough to exist as you are. To find home again in your true self. I hope to help bring people home. And to continue to come home always.”

“Worth” opens on pop-punk-lite flavors with hints of alt-pop, imbuing the tune with indie-rock-pop savors. The upbeat, contagious rhythm rides potent percussion attended by a fat bassline as MeMo’s delicious voice infuses the lyrics with passionate hues. Radiant vocal harmonies, akin to doo-wop, fill the song with luminous depth and dimension.

A drum-filled breakdown leads to a dazzling climax, rife with rumbling percussion and grand harmonies.

MeMo has it going on! At once shimmering with infectious energy and sonic allure, “Worth” is well-worth repeated listening.