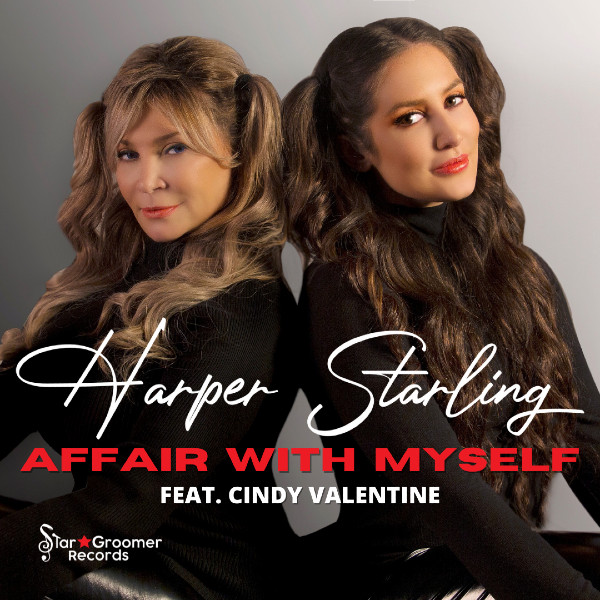 Dance-pop artist Harper Starling teams up with co-writer Cindy Valentine on “Affair With Myself,” her new single/music video about not putting up with toxic relationships.

Music industry VIP Cindy Valentine joins Harper in a cameo appearance, harmonizing with Harper on the bridge. Valentine, of course, starred in Teen Witch and recorded and composed for the CBS/Sony, Polygram, and Arista labels.

Originally from Milwaukee, Wisconsin, Harper was diagnosed with Tourette’s Syndrome. Yet when Harper is on stage, her symptoms vanish as if by magic, allowing her to elevate and then soar. Her talent has led to multiple Top 20 Billboard dance hits, including “Euphoria,” which hit number one. In addition, Harper has worked with luminaries such as The Jackie Boyz “Carlos Battey” (Madonna, Jason Derulo, Justin Bieber), The Perry Twins (Rihanna, Jennifer Lopez), and Kasia Livingston (Britney Spears, Pussycat Dolls).

The video, co-directed by Cindy Valentine and Luke Camozzi, depicts Harper on a date with her boyfriend, played by Canadian actor/influencer ‘Julian Mete,’ who is in all aspects a boor and expects Harper to be meek and mild. The couple is at dinner, where her boyfriend displays his vulgar personality and behavior. By the end of the meal, Harper is fed up and, with the help of their server, lets him know she is through with him.

“Affair With Myself” opens on shimmering colors flowing into a contagious pop rhythm topped by dazzling washes of dance-pop textures, rippling, gleaming, and alluring. Harper’s deluxe voice imbues the lyrics with sumptuous timbres.

Not only is “Affair With Myself” ingenious and empowering, it also reveals the crème de la creme voice of Harper Starling.