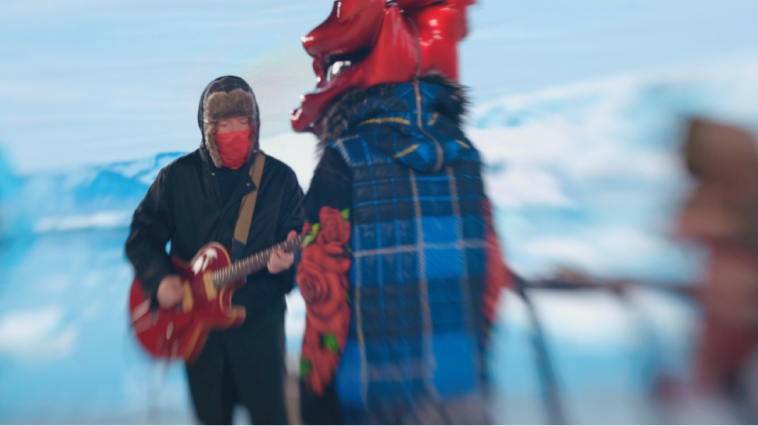 Founded by Ilya Lagutenko, the frontman of Mumiy Troll, MTRSS is a global conglomeration intent on pushing the boundaries of modern music and art. MTRSS’s genesis occurred at a Tokyo vinyl bar, where a group of musicians was chatting with the bar’s owner, Mr. Totori-san, whose name inspired the name MTRSS.

Their conversation meandered and then turned to the idea of writing and recording analog music imbued with human chemistry. The concept soon became reality, with MTRSS attracting members from Oceania, Russia, the Far East, and Scandinavia – eventually landing in California.

“Suite for Antarctica Oceans (Part 1)” was released on July 22. Along with “Part 2,” the release highlights the problem of designating Marine Protected Areas around Antarctica, protecting Antarctic ecosystems, and encouraging listeners to sign the petition for delivering ocean protection.

Released and promoted with the support of a global coalition of environmental non-governmental organizations, including the Antarctic and Southern Ocean Coalition, Antarctica 2020, Ocean Unite, Only One, The Pew Charitable Trusts, and Sea Legacy, “Suite for Antarctica Oceans Part 1” and “Part 2” mirror the pristine milieu of Antarctica.

“Suite for Antarctica Oceans (Part 2)” opens on emerging austere tones, tones aching with low-slung groanings as sprinkles of luminous accents travel overhead. The feel and mood of the harmonics are grey, visceral, and icy.

Rhythmic pulses enter giving the tune jazz-shaped colors and gleaming mandalas of glittering notes, supported by a reverberating bassline. As the song proceeds, it shifts, swells, ebbs and rises, and fluctuates on delicious leitmotifs at once evocative, severely gorgeous, and alluring.

Wonderfully wrought, “Suite for Antarctica Oceans (Part 2)” thrums with points of luminescence and the hoary grip of full winter.