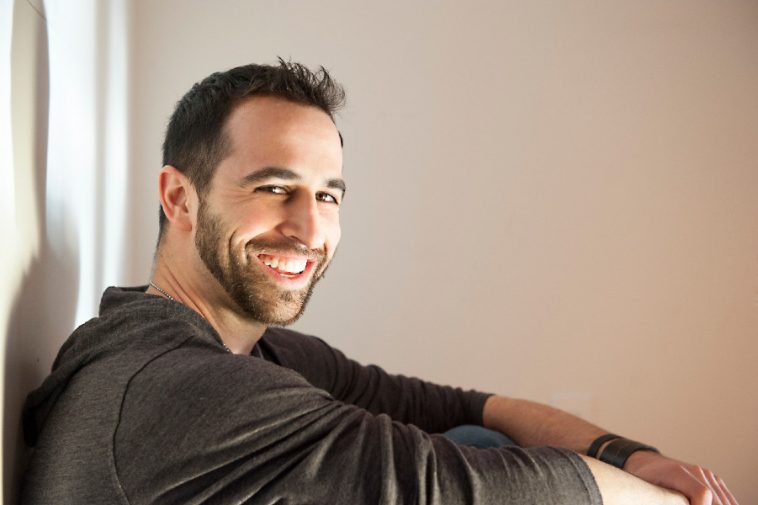 Talking about “Kiss Your Mouth,” Matthew says, “This song could be the dark horse song of the new ‘Bigger’ album. When recording it with my team, Russell Ali said he thought this would be the song to break My Silent Bravery into the mainstream. The song has a pop accessibility to it. This song feels like the male version of a Taylor Swift romance song, and I mean that in a good way. I’m not afraid to wear my heart on my sleeve. Who doesn’t like a happy ending with a big, long-awaited kiss?!”

My Silent Bravery burst onto the scene with the release of his album, Willing to Try, producing three hit songs charting on Billboard: “Got It Going On” appeared on Billboard’s Hot Singles Chart, holding the top spot for ten weeks, while also landing on Billboard’s Hot Rock Songs, Alternative Digital Songs, Rock Digital Songs, and Emerging Artists, as well as being featured on XM Sirius’ station SM The Pulse. The video collected close to 4 million views on YouTube.

“Girl You Think You Know” took the third spot on Billboard’s Hot Singles Chart and attained the number one position on Soundscan’s Top 100 Singles Chart. The third single from Willing to Try, “18,” likewise charted on Billboard.

My Silent Bravery’s music has been featured in films and on television, including Criminal Minds, Another Tango, One Tree Hill, People’s Choice Awards, Last Call with Carson Daly, Real World, True Life, American Pickers, and Bad Girls Club. Along with being sponsored by Gibson Guitars, My Silent Bravery has shared the stage with Bryan Adams, Billy Idol, Daughtry, Andy Grammer, Alex Band of the Calling, Puddle of Mudd, and Saving Abel.

“Kiss Your Mouth” opens on a contagious acoustic guitar rolling into a plush, vibrant rhythm. Heady washes of pop savors blend with Matthew’s rich, delicious tenor, imbuing the lyrics with quixotic urgency, as he narrates trying to win his sweetheart back because all he wants is “to kiss your mouth.”

Bubbling with luscious pop flavors, “Kiss Your Mouth” pushes out irresistible textures topped by the deluxe voice of My Silent Bravery.